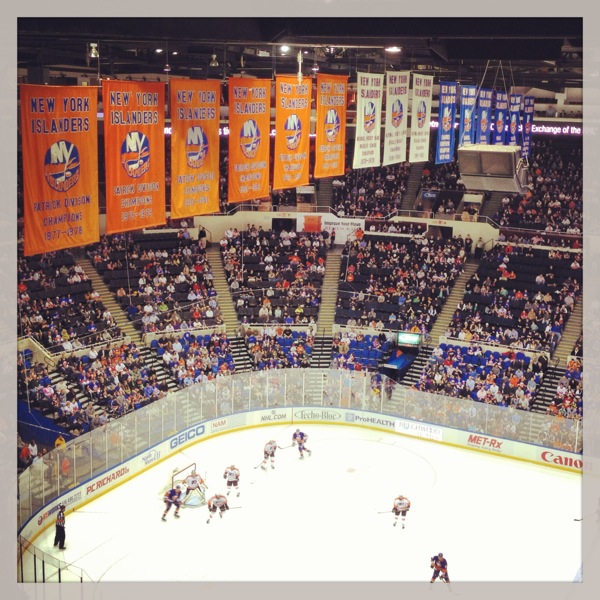 “We want playoffs” bellowed from the stands. In the matter of days the Nassau Veteran’s Memorial Coliseum has become rejuvenated with a familiar winning spirit that swept through the corridors of the house that Bossy built for decades.

The Islanders, who have not made the playoffs since the 2006-2007 season and have not advanced past the first round since 1992-1993, are in the hunt to clinch a post-season slot. As of Tuesday night, they held onto seventh place in the Eastern Conference and a 4-1 victory against Atlantic Division rival Philadelphia Tuesday helped their cause.

Michael Grabner’s goal at 17:42 of the second period put the Islanders ahead for good, and John Tavares and Casey Cizikas added insurance tallies in the third period.

“We haven’t been in this position before,” said Islanders coach Jack Capuano. ‘They’re excited to be here. They know how they have to play. They’re good kids and they work hard. They deserve to be in this situation.”

“I like our chances,” said Tavares, who is third in the NHL with 24 goals this season. “We’re playing well and we have to keep building off the things we’re doing. I’ve said the last couple of days just the focus that we’ve had, you could just tell the intensity of the time of year. We’re finally in a pretty good position to succeed and put ourselves in the playoffs.”

Tavares hasn’t fielded too many questions in his still young career about playing in the Coliseum while the team is winning.

“People don’t realize when you have an old building it can get pretty loud and be a pretty special atmosphere,” he said. “People tonight, especially in that third people, really gave us a big boost and really carried us through.”

Evgeni Nabokov, who picked up his 19th win of the season, has noticed the emotional outpour from the stands too.

“The building is alive right now and we like that,” he said. “We want to keep it that way.”

Since the franchise hasn’t been a recent model of consistency, yet are constantly reminded of a time when championship banners and hall of fame caliber play was the norm from the banners that line the rafters of the Coliseum, players know there is a feeling yet to be experienced when winning in Uniondale.

“We can go out there and we can play with any team in the league,” said Tavares. “I think we’ve proven that. It’s a great feeling to be a part of this team right now.”