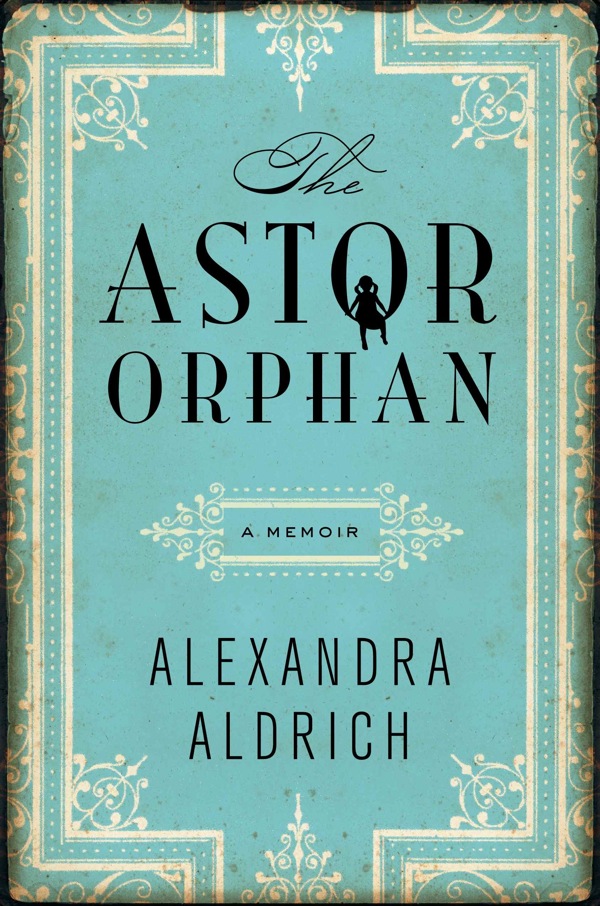 You always felt that you should live in a castle.

It would be a big castle with a shiny grand entrance and lots of elegant rooms. Imagine it: your feet would sink into plush carpets in the bedrooms, you’d sit on silk-upholstered chairs in the drawing room, and you’d sleep with thick, fluffy blankets in the bedrooms.

Oh, and turrets. There’d be lots of turrets and secret passageways.

And if you couldn’t have a castle, well, a mansion would do – but in the new book “The Astor Orphan: A Memoir” by Alexandra Aldrich, you’ll see that a big house is no big benefit.

Once upon a time, Rokeby was the finest estate that money could buy.

Built in 1815 by a government official on land that his wife inherited, it was forty-three rooms of splendor. It sported a music room, a library, extra kitchens, servants’ quarters, and a drawing room surrounded by 450 acres of prime New York land. Rokeby was regal – and when the owner’s daughter married an Astor, the union brought “great wealth” to the family and to the estate.

As a descendant, Alexandra Aldrich’s father was entitled to live at Rokeby with his family. But by time Aldrich was born, the mansion had fallen into a terrible state of disrepair, as had her father’s relationship with his mother and siblings. Consequently, Teddy Aldrich, his wife, and daughter were relegated to the shabby servants’ quarters of the falling-apart mansion.

But Teddy didn’t mind. Since he was a boy, he’d been a bit of a troublemaker. That carried through to adulthood, from his unconventional marriage to a Polish bride, his unwillingness to bathe, and his collection of misfit friends, to his determination to remain oppositional in everything his mother suggested.

As an only child, Aldrich played with her better-off cousins who lived downstairs in the mansion. She aspired to perfection, felt protective of her parents, but found peace and warmth at the next-door home of her alcoholic grandmother.

Even with the chaos of a large, eccentric family, Aldrich remembers occasionally idyllic moments of childhood amid poverty. Mostly, though, she remembers wanting three things: To become a violin virtuoso. To have a regular, orderly life.

And to escape Rokeby as soon as possible.

I liked “The Astor Orphan,” but I can’t say I’d rave about it.

Mostly, as I was reading this memoir, I felt profoundly uncomfortable. Author Alexandra Aldrich writes at great length about growing up in genteel squalor and complete chaos while longing dearly for order. I kept waiting for that order to arrive, and it never does – which made me squirm more, the further I got into this book. I also felt very sad, partly because, well, let’s just say I’m an animal lover and we’ll leave it at that.

And yet, this is not a bad book. It’s well-written, but unsettling. And messy.

Overall, I think this memoir is worth a read – just know what you’re in for, is all. Try “The Astor Orphan” this weekend… but only if your bookshelf has room.