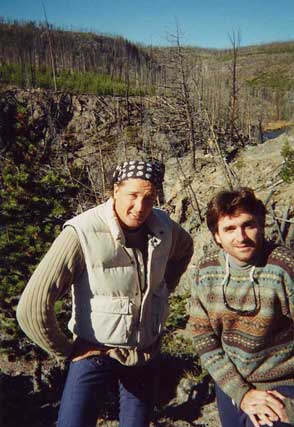 Time away from wherever we call home allows us to reassess our lives without the routines. When two travelers meet, another kind of pattern emerges, and it usually results in extended storylines. I’ve ventured with author Brad Olsen far and wide. Of all the ramblers who should end up as comrades and book-publishing partners, we were destined to meet. Despite being on parallel rookie-author missions and in the midst of a heated competition, our paths collided at a trade show. Both of us had quit our day jobs, traveled around the world in our 20s, and then wrote similar books about dropping out but staying relevant. My book, The Frugal Globetrotter, and Brad’s World Stompers were simultaneously published in 1996. Promoting our new paperbacks, we first crossed paths at a 1995 Chicago book trade show—a New Yorker and a Californian eyeing each other tentatively across a gulf of common pursuits.

Two years later, we met again while on assignment in Austria. After a hike in the Alps, we found ourselves in Salzburg’s St. Peter’s Cathedral for a service spoken entirely in German. Without understanding beyond a few words, we still encountered something indescribably moving. Afterwards, a walkabout in which we paused on a footbridge spanning the Salzach River gave birth to our 1999 anthology, In Search of Adventure. 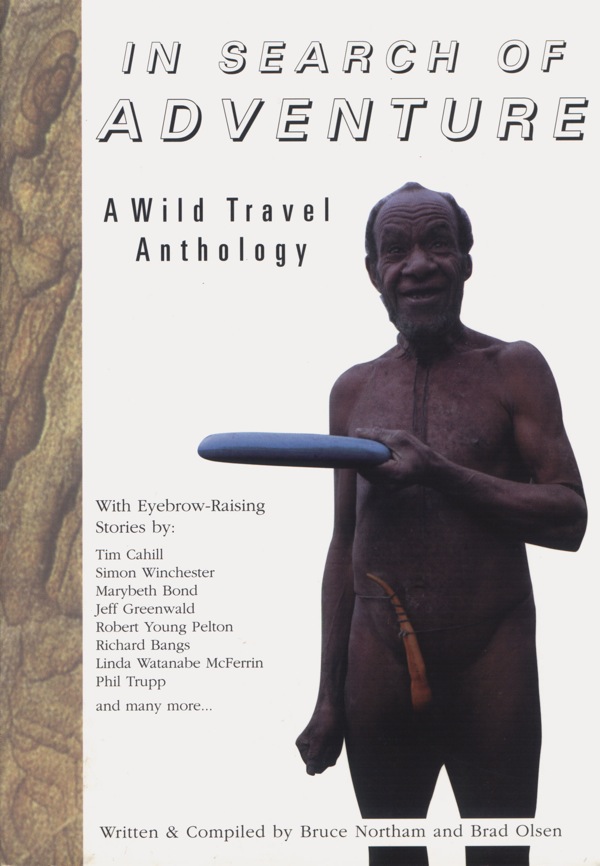 “Pops the top off objective travel writing…Lives up to the adage that travel writers fear boredom more than death.”—Time International

Brad’s eighth book, Future Esoteric: The Unseen Realms, seeks to stretch the bounds of reality by means of an alternative narrative. There is nothing under the sun he doesn’t explore, from UFOs to free energy, from the secret space program to underground bases, from cryptozoology to looking at different ways we can challenge the many problems facing the human race. In other words, anything esoteric. Listen to Brad discuss the title via this “Coast to Coast” (start at 1:18:50).

Another foray with Brad took me north from Chicago, across Canada, and then into Montana, ultimately landing in the Nevada desert for the 2001 Burning Man festival. This anything-goes phenomenon has become the largest outdoor-arts festival in North America. It polarizes people to label it either an epic, radical counter-culture inclusion, or just an excuse to get buzzed and naked in public. We did both.

“Commando crashing, sir.” —Brad Olsen’s response to a Winnipeg, Canada, police inquest about our illegal city-park campsite (while he was researching “Sacred Places” across Canada). 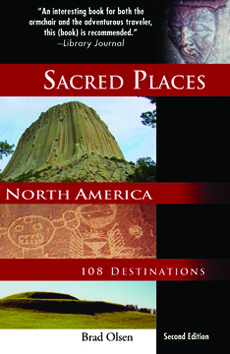 As Brad has reminded me, there’s no competition when you use your entire heart…

Inspired by Burning Man, Brad co-founded The How Weird Street Faire. Held annually in San Francisco, CA, it’s the oldest electronic music festival on the west coast. He started the event in 2000 as a small block party, and it has now grown to attract more than 15,000 people a year. This annual April gathering (April 28 in 2013) encourages party-goers to wear costumes and be more than just spectators, howweird.org.

BRAD OLSEN gained the distinction of being an “award-winning travel writer” when his travel guide, Sacred Places North America: 108 Destinations, won the Bay Area Travel Writers top honor for the “2010 Best Travel Book for the Planet Earth” category, and again in 2013 when his latest book “Future Esoteric” won the top prize in the category of “New Age.” Brad’s first book, World Stompers: A Global Travel Manifesto, is now in its fifth edition. He also published The Tribes of Burning Man. 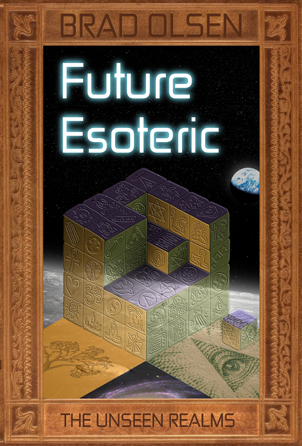