Realism is a rare quality in current narrative cinema, especially in the US. We live in a golden age of documentaries, but most narrative filmmakers know it’s easier to sell escapism and opt to take that route. One of the few American filmmakers attempting to capture everyday life is Rahmin Bahrani. In Man Push Cart (2005), Chop Shop (2007) and Goodbye Solo (2008), Bahrani wove exquisite drama from the outwardly ordinary lives of a fruit seller, a homeless boy and a immigrant Senegalese cab driver, all played by unknown actors. Well aware of the inverse relationship in filmmaking between the size of your budget and your artistic freedom, Bahrani crafted these brilliant movies on tiny budgets that wouldn’t cover the coffee bill on most Hollywood productions. 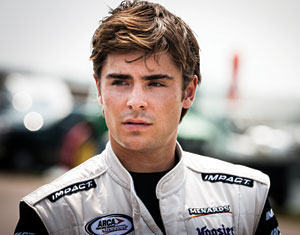 His latest movie grew out of a curiosity about our food sources. A trip to the American heartland revealed people under enormous pressure. Traditional farmers are being mercilessly squeezed between the oppressive demands of multi-national agribusiness corporations and the regular challenges, like drought, that have always made farming an uncertain endeavor. The imperative that Bahrani heard from every farmer was “expand or die.” Ironically, it was a concept that mirrored his own dilemma.

It is difficult for filmmakers to live and work sustainably making micro-budgeted films. For his new film, At Any Price, Bahrani chose to work with a larger budget and well-known actors while trying to maintain the realistic approach of his earlier movies. He mostly succeeded in harmonizing these potentially divergent elements. The film takes us to a family farm growing crops (corn, wheat, soybeans). Dennis Quaid is Henry Whipple, the patriarch who embraced the “expand or die” ethos. Henry misses no opportunity to grow his farm. He works closely with Liberty Seed Company, which is clearly based on infamous agribusiness giant Monsanto. Henry has always dreamed of passing the farm on to his oldest son. When that proves impossible, he turns to his younger son, Dean (Zac Efron). Dean is pursuing his dream of being a NASCAR driver but finds himself pulled back to farming when a number of crises threaten the family, including Liberty Seed sending their investigators because they suspect Henry is seed saving, a traditional farm practice that goes back to the dawn of agriculture but which companies like Monsanto have pushed to make illegal.

Using a professional cast has not changed Bahrani’s skillful touch with actors. Quaid brings great depth to Henry, a proud man forced to understand the consequences of his actions. Under Bahrani’s guidance, Efron acts with a subtlety that will surprise those who only know him from the comedies that have made him a teen heartthrob.

Although there are moments that feel overly melodramatic, especially a subplot involving Henry’s mistress (Heather Graham), most of the film rings powerfully true, particularly the sections dealing with the malignant influence of corporate agribusiness on family farming. At Any Price is an excellent introduction to the work of a filmmaker who brilliantly harnesses the power of truth to create unforgettable drama.

Dylan Skolnick hopes everyone reading this will support our local farmers by joining one of Long Island’s many Community Supported Agriculture (CSA) organizations. Dylan can be found most days and many evenings at the Cinema Arts Centre in Huntington, where he is Co-Director.