These veteran UK artists continue to experiment, collaborate with each other and challenge the pop status quo. Consider this your playlist for grown up pop.


Robert Fripp is another artist who is most known as a founding member of a key band of the 1960s—in this case, King Crimson. However, Fripp spends most of his time pursuing a near monk-like devotion to exploring the textures, electronic sound possibilities and intricacies of the electric guitar. Follow, a collaboration between Fripp and multi-instrumentalist Theo Travis, is a two-disc, cd/dvd set of meditative, ambient-sounding dreamscapes. Fripp does flash the British rock guitar muscle of King Crimson in spots, but for the most part this is as far from it as he could get.


David Sylvian also abandoned the commercial possibilities and structure of a band (Japan) long ago to strike out in a highly experimental direction. His albums grow even more avant-garde as the years go by and, as on this collaborative outing, they are inspired by or part of a visual, mixed-media art project. On his most collaborative project to date, he and the rest of the artists here mix music and spoken word with both futuristic electronic and ancient acoustic sounds. He reigns as one of the most uncompromising former British rock stars on the scene today. 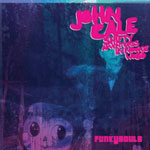 
John Cale often gets attention more as a founding member of the Velvet Underground and as a producer rather than as a solo artist. On the 40th anniversary of his best-known solo album, Paris 1919, Cale releases his most recent solo album. And it is one of his best ever. Given Cale’s avant-garde leanings and non-commercial approach to music, this new album is one of his most accessible and enjoyable works ever. Cale’s rich, deep voice is perhaps the most inviting element. 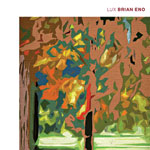 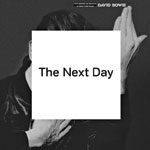 David Bowie
The Next Day
(ISO/Columbia)


David Bowie’s absence from the recording scene (and a heart attack in 2004) makes the release of his latest album a happy event. While producer Tony Visconti, who worked with Bowie many times before, says Bowie will never tour again, the artsy rock shape-shifter is back to record-making with a vengeance. There is a perfect balance of spacey ballads, stripped-down rock, ethereal melodies and lyrics and an honesty Bowie rarely revealed in the past on this album recorded in Soho in Manhattan.