Blues singer Shemekia Copeland wasn’t always the confident performer she is today. Growing up in Harlem, the daughter of Texas blues guitar legend Johnny Copeland was exposed to everything from gospel and country to the sounds of T-Bone Walker. “As soon as I could talk I would start singing along when [my father] was playing the guitar,” recalls Copeland. She was just eight-years-old when her father invited her onstage to sing a song at the famed Cotton Club, but stage fright prevented her from pursuing music for another eight years.

“For me, getting onstage in front of people was one of the scariest things ever,” reveals Copeland, now 34. “I never really understood how my dad could do it because it was always so scary for me to get up there. The cool thing is that the older you get the more comfortable you feel with who you are and it gets a little bit easier. My confidence came with age.”

With female influences like soulful blues-belters Ruth Brown and Koko Taylor, both of whom she befriended when they were living, Copeland paved her own way onto the blues scene hitting all the major festivals, Europe and Iraq. Her powerful, engaging performances encouraged the daughter of former reigning Queen of the Blues Koko Taylor to transfer the crown to Copeland at the 2011 Chicago Blues Festival, an honor that surprised the unassuming singer. “That was a complete shocker,” says Copeland, who has lived in Chicago for ten years. “Nobody ever goes around calling themselves the Queen of the Blues, but if other people call you that and they think of you that way, it’s great.” 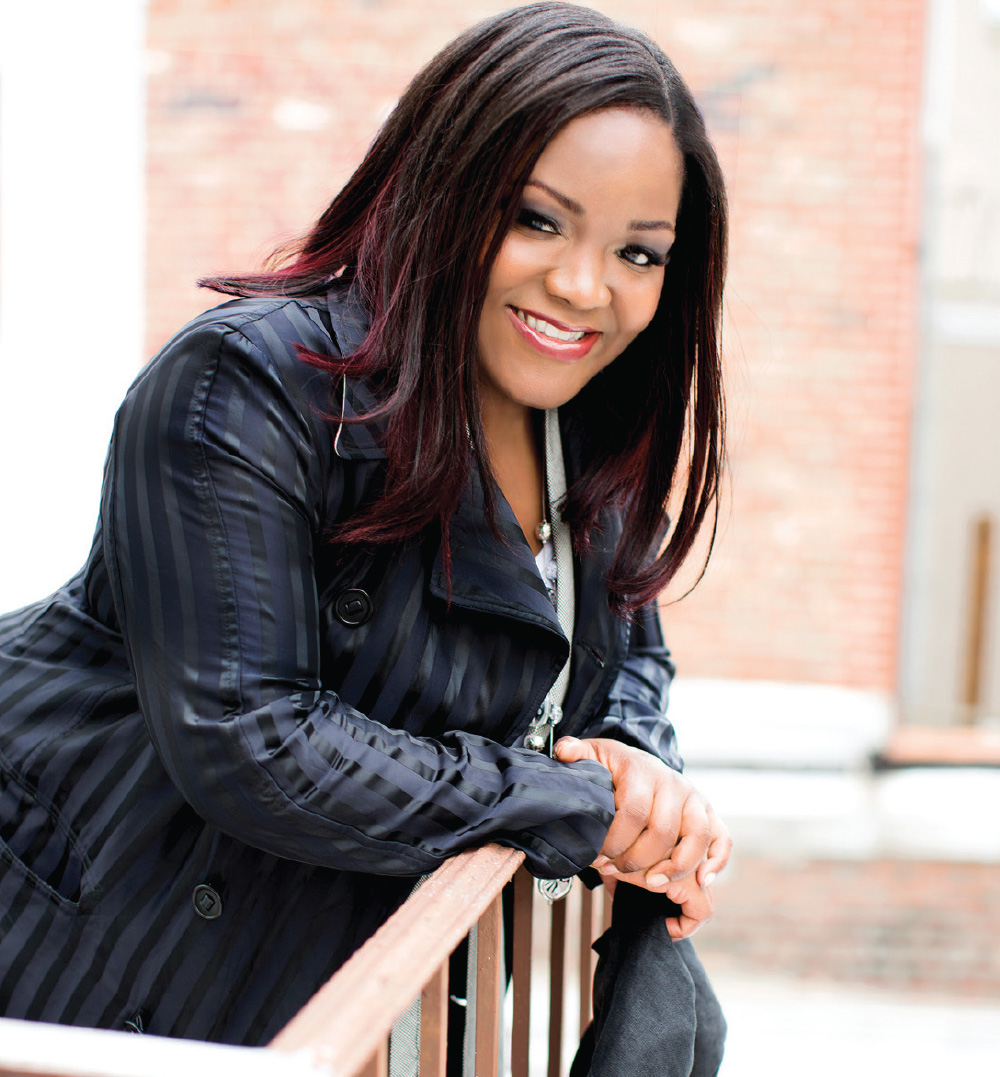 Her latest album, 33 1/3, is a reference to her age upon its completion. It includes covers by Sam Cooke, Johnny Copeland and Bob Dylan and features guest appearances by Buddy Guy and JJ Grey. Copeland takes on topics ranging from income inequality (“Lemon Pie”) and domestic violence (“Ain’t Gonna Be Your Tattoo”) to religion (“Somebody Else’s Jesus”) on this Grammy-nominated record, which she describes as “contemporary blues.”

The fierce, blast-furnace voice she is known for can be heard throughout the album, but Copeland expands her range on slower tracks like “Ain’t Gonna Be Your Tattoo” and Dylan’s “I’ll Be Your Baby Tonight,” which is delivered like a whisper. “I never had any singing lessons until I was about 28 years old,” notes Copeland. “But I took lessons because I think that if you want to evolve and grow as an artist, you have to learn different things, and they were a huge help to me.”

Seeing her perform live is one of the best ways to experience Copeland’s formidable voice. One of her most memorable live experiences took place at the White House when she performed for the President and the First Lady as part of “Red, White and Blues” in honor of Black History Month. The Queen of the Blues took the stage multiple times, sharing it with the likes of Mick Jagger, Buddy Guy, B.B. King, Jeff Beck and Susan Tedeschi. But it was when she performed an acoustic song (accompanied only by electric blues singer/guitarist Gary Clark, Jr.) that she made the biggest impression. Copeland sang “Beat Up Guitar,” a song her manager wrote about her father, who underwent eight open heart surgeries before passing away in 1997.

“I felt happy that I had done that song in particular because almost everybody else was doing big, electric songs performed with a band and I ended up doing an acoustic song with Gary Clark, Jr., who is turning into a big star now,” says Copeland, “so it worked out well.”

When Copeland returns to Long Island to play Boulton Center she’ll be accompanied by longtime bandmates Arthur Neilson on lead guitar, Willie Scandlyn on rhythm guitar, bassist Kevin Jenkins and drummer Morris Roberts. You can expect to hear music off of 33 1/3, along with some tracks from past albums, all in the vein of contemporary, electric blues. Like her father who didn’t play the typical one-four-five blues, Copeland is interested in showing how blues music is evolving and has no fears about its future.

“I look at it like this: Blues has been through a lot over the years and it hasn’t gone anywhere,” says Copeland, “so I’m not at all concerned with it dying. Blues music will be around even after the end of the world.”

Shemekia Copeland will be at Boulton Center in Bay Shore on May 30th.