Clams on a slide, atoms in the barracks, Einstein on the beach and electricity in the air—Long Island’s history as a premiere center for science and technology has some fascinating quirks. For more than a century, world-class institutions have settled here, often attracted by water, open land and proximity to New York City.

In 1890, the institution now known as the Cold Spring Harbor Laboratory was launched on the water partly because studying the embryos of clams and sea urchins was then, with the help of recently-improved microscopes, considered the best route to studying human embryos, said Bruce Stillman, the Laboratory’s president. Today, closeness to New York area airports helps attract the more than 12,000 scientists who visit annually from around the world. “We’re like a Grand Central Station for science,” Stillman pointed out.

After WWII, when several East Coast universities and the Department of Energy sought to establish a new facility to study peaceful uses for the atom, they found just the space they needed. The Army’s former Camp Upton, a site used for enrolling and training new soldiers (and later as a veterans hospital), offered thousands of acres and dozens of empty buildings. According to Robert Crease, Brookhaven Lab’s historian, the site was chosen in 1947 because even then, “If you’re going to build something big that is also close to a cultural center, Long Island is the place.” Today, research at the lab focuses on energy, space, climate change, ecosystems and other matters. It is co-managed by Stony Brook University where Crease is also a professor and Chair of the Department of Philosophy. 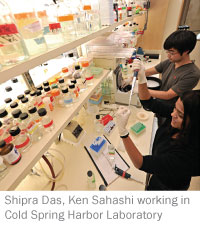 Sailing, a favorite Long Island sport, played an important role in the presence here of two world-renowned scientists, Crease added: Albert Einstein brought his sailboat to the North Fork for several summers, including 1939, when he wrote a letter to President Franklin Roosevelt that many people think led to the development of the atomic bomb. The family of J. Robert Oppenheimer, the physicist often called the “father” of that bomb, had a summer house in Bay Shore, where “he would sail recklessly.” In 1947, Oppenheimer helped organize a milestone conference on quantum mechanics at the Ram’s Head Inn on Shelter Island putting another notch in Long Island’s distinguished science history.

The aircraft industry, once the dominant branch in local technology, has withered but not disappeared. Grumman Aerospace Corporation, founded in 1929, was for many years Long Island’s largest employer. (Fairchild, Sperry and Republic were other players in the field.) Planes designed and built at Grumman were considered crucial to American victory in World War II. Grumman also made the Apollo Lunar Module that landed men on the moon. In 1994, when the defense industry was in decline, Grumman was acquired by the Northrup Corporation to form Northrup Grumman, which closed most of its Long Island facilities. A Grumman Memorial Park remains in Calverton and volunteers staff the Northrop Grumman History Center in Bethpage. The Cradle of Aviation Museum in Garden City spotlights Long Island’s aerospace heritage, as does the American Airpower Museum at Republic Airport in Farmingdale. While airplanes aren’t built here anymore Grumman made many of the magnets used in accelerators at the Brookhaven Laboratory, said Crease. “They’re used to bend the atoms. They’re huge and powerful and difficult to build.” 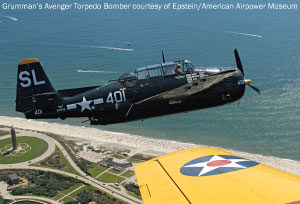 The Cold Spring Harbor Laboratory—which, of course, moved on from sea urchins to microbiology, genetics and, under Nobel Prize winner James Watson’s directorship, broad research into DNA—has in recent years grown larger and reached out locally as well as globally. Stillman said he initiated new paths about a dozen years ago, starting with the Broad Hollow Bioscience Park on the campus of Farmingdale State University that, with state funding, has kept several companies that make commercial use of the lab’s technologies from leaving Long Island. Partners in Accelerate Long Island, another enterprise to “promote economic development in the sciences,” include the Brookhaven Laboratory, Stony Brook University, Hofstra University and the North Shore-LIJ Health System. “The future is food, health, energy and sustainability,” Stillman said. “We’re well-placed to create the technology and industries that will be the industries of the 21st century.”

Stony Brook University—established in 1957, a relative newcomer—has woven itself into these collaborations. It prepares future scientists and has helped to develop a greater diversity of technologies, which is better for the Long Island economy, said Yacov Shamash, dean of Stony Brook’s College of Engineering and Applied Sciences and the university’s vice-president for economic development. “There’s more going on in the software, biotechnology and energy fields right now,” he said. So, is this the next Silicon Valley? “We’re getting there, absolutely. And why not? Long Island has a good talent pool.” 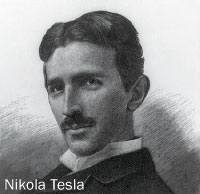 In the Beginning
In 1901 Nikola Tesla, the largely unheralded contributor to such breakthroughs as alternating current, radio and remote control, purchased 200 acres in Shoreham. Tesla built a laboratory and 187-foot-high transmission tower on a former potato farm with backing from J.P. Morgan, who wanted “to receive communications from the European stock exchanges before anyone else,” said Joseph Sikorski, who is hoping to make two films about Tesla. Secretly though, Tesla was also working on a plan to deliver free electricity to people through the air, which helped cause Morgan to withdraw his funding. Sikorski is currently involved in an effort to save the remains of Tesla’s complex. That effort, led by Jane Alcorn, President?of the Tesla Science Center at Wardenclyffe, got a huge boost last year when an Internet-based campaign raised almost $1.4 million from nearly 30,000 Tesla fans. Alcorn’s group was able to purchase the property, though they are years away from opening the educational science center she envisions.

Science Times
You don’t have to be a scientist to take advantage of the first-rate facilities that dot the Island.

Rocket Competition
Cradle of Aviation Museum, Garden City
June 1
Schoolchildren design and build rockets in a workhop, then take them outside to to be launched by compressed air.