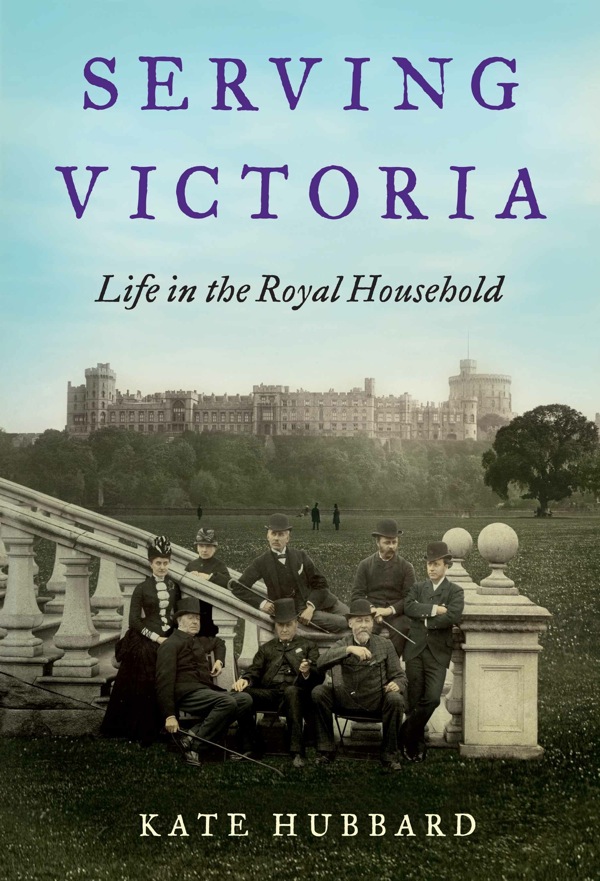 That’s how things go at the end of a fairy tale. The handsome prince weds the beautiful princess, dragons are slain, wicked witches become dust, peasants rejoice, and they all live… well, you know what comes next.

But maybe you’re wrong. Maybe scandal comes next, or war, disease, death. Only the servants know for sure, and in the new book “Serving Victoria ” by Kate Hubbard, they were quite willing to tell.

When Alexandrina Victoria became Queen of England in 1837, she inherited a court filled with impropriety, which scandalized the young woman. Though she ultimately retained some of her uncle’s court, she needed to appoint her own ladies-in-waiting, maids-of-honour, nursery attendants, physicians, and other personal staff. Members of her court were required to have a sense of duty, discretion, and high morals. Most of them would come from British aristocracy.

While writing a children’s book on the Queen, Kate Hubbard came across collections of letters and diaries written by various members of Victoria ’s entourage — penned notes that detailed life inside the Monarchy, including daily drudgery and isolation. Hubbard also found gossip that gives modern Anglophiles an intimate peek at the Queen, her husband, uncles, and other members of the Royal Family.

Working for the Queen seems like it would be an honor but it was, in truth, dull and dreary: evenings, for instance, consisted of stiff dinner conversation followed by two hours of small talk. The Queen was said to be somewhat immature and loud, often “showing her gums.” More than one blue-blooded Palace employee thought that Victoria and Albert were the 19th-century equivalents of trailer trash.

Queen Victoria never became friends with her female attendants, but she became “close” to some of them and was a generous gift-giver. Though the Queen notoriously kept drawing rooms and bedrooms at 40 degrees F or less, court members were well-fed and safely sheltered. They also got decent (for the time) salaries.

Yes, there were scandals within the Monarchy. There were births and deaths (it was said that the Queen was never happier than when planning a funeral). There were romances, public and imagined. And there were fights, inside both the British Empire and the Palace walls.

So you’re hooked on a show about a certain Abbey? You’re a rabid Anglophile, long live the Queen? Then I’m sure you’re already itching for “Serving Victoria.”

And for good reason: the Victoria Age comes alive with author Kate Hubbard’s findings, taking us behind brocaded curtains and inside bedchambers to learn delicious tidbits about a woman who’s been dead more than a century, but still remains fascinating. I thoroughly enjoyed how Hubbard lays down a cheeky, gossipy tone; she’s chatty, but without offending the sensibilities of historians, who will likewise relish this semi-biographical narrative.

Monarch watchers will also like this book, as will British subjects, or anyone who’s interested in or wishes they’d experienced late-Victorian or early-Edwardian life. If that’s you, then “Serving Victoria” is a book you’ll devour, quite happily.