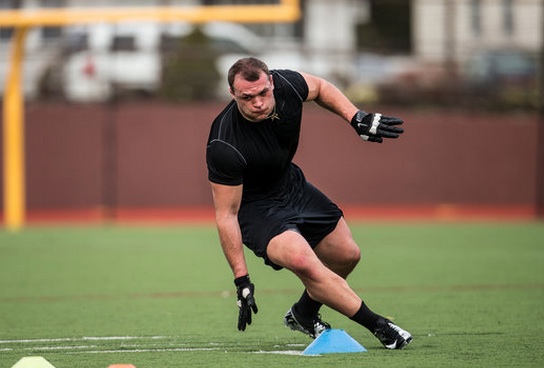 From Long Island to the NFL

A wildcard pick and seldom seen name in Long Island football circles, Matt Catapano was selected in the seventh round of the NFL Draft by the Kansas City Chiefs out of Princeton. He played high school football at Chaminade.

Catapano led the Ivy League with 12 sacks and led Princeton with 41 tackles.

The NFL Draft came and went and Stony Brook running back Miguel Maysonet didn’t start fielding calls until after Mr. Irrelevant was selected as the final pick. In the end, the Riverhead product signed a free-agent contract with the Philadelphia Eagles.

Just 45 minutes after the draft, Maysonet heeded the advice of agent Joe Linta and took the offer before waiting for more calls. Philly did not draft any running backs.

“I wish it happened a lot quicker,” Maysonet told Newsday. “It’s still good to have teams interested in you. It’s exciting.”

Maysonet, who originally signed to play at Hofstra University before it dropped football, graduated from Stony Brook as the schools most accomplished running back. He was named Big South Offensive Player of the Year and was a runner-up for the Walter Payton Award, given to the most outstanding FCS player in the nation in 2012. He rushed for 1,964 yards and scored 21 touchdowns as a senior.

There were 22 running backs selected in this year’s NFL Draft.