“They are the legacy for craft beer on Long Island,” says Burford. “I’ve known them from the beginning, when I owned a homebrewing store [New York Homebrew] in Floral Park. It was a natural thing to do.”

“Mark [Burford] has always been a regular customer,” says Werle, who currently owns with Piciullo, Ed Davis, Joe Rodriguez, and Joe Mendolia. “We wanted a West Coast-style red ale. They came up with the idea to have 20 ingredients.” 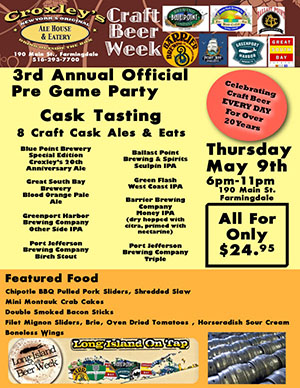