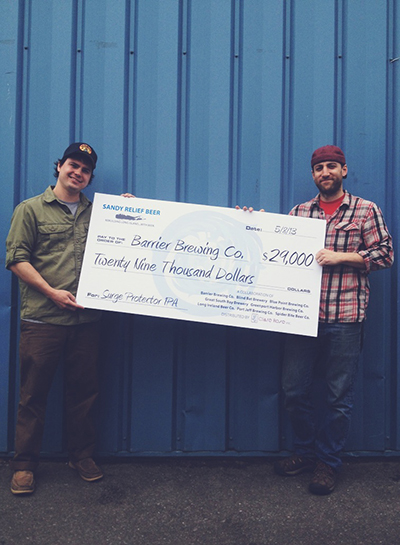 As the oversized checks were presented to Barrier Brewing Company and Long Island Cares, Inc. at Blue Point Brewing Company on May 08, I witnessed a room of colleagues, not competitors, proudly raising bottles of Surge Protector IPA for cameras and reporters.