F. Scott Fitzgerald’s The Great Gatsby is a tale of wealth, privilege and excessive indulgence, whose backdrop captures the pristine heritage of Long Island’s very own Gold Coast. Before The Hamptons became the seasonal playground we have come to accept today, the north shore provided pristine grounds for grand estates built by self made fortunes and industrial success. Landmarks which remain and serve as a reminder of a period of progress, whose architectural beauty captured and inspired an author of one of the greatest literary tales beloved by many New York natives. In honor of the notable Fitzgerald’s tale and the premiere of Baz Luhrmann’s The Great Gatsby, we reflect on the historical ties that make the Gold Coast our jewel to be adorned. 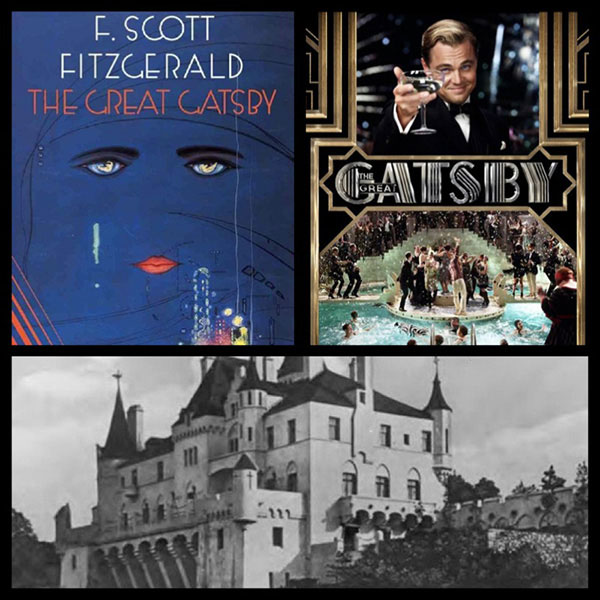 Fitzgerald sought inspiration for his novel from his temporary time residing in Great Neck, Long Island. In the novel, it is believed that the East and West Egg neighborhoods reference waterfront communities in Great Neck and Manhasset, New York.The Beacon Towers built in 1917, served as the primary inspiration for the Gatsby residence. Although few architectural elements remain today, many mansions along the Gold Coast provide ample opportunity for visitors to experience the grandeur of periods past. 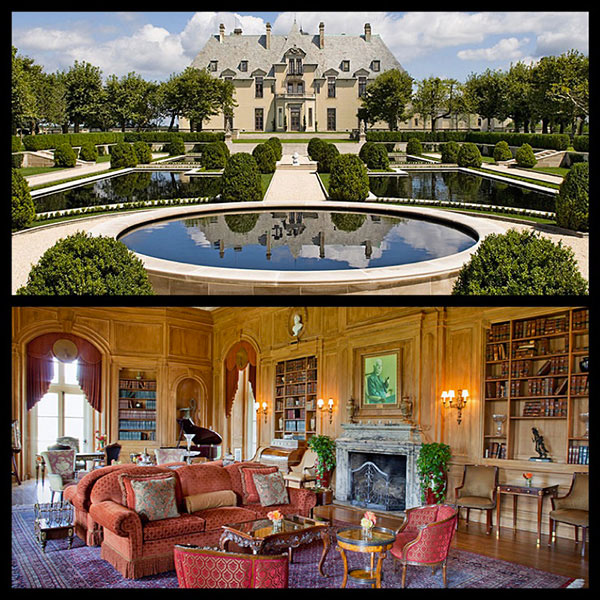 Oheka Castle was the former home of financier Otto Herman Kahn. The French-Style chateau sits on 443 acres of lush grounds on the highest point of Cold Spring Harbor. The estate is presently used as a luxury hotel which hosts guests, tours, gala celebrations and occasional film production crews. The Phipps Mansion now referred to as The Old Westbury Gardens, is a 20-room home maintained in its full splendor preserved for public viewings and events. Starting Memorial Day weekend, The Vanderbilt Museum will transport visitors back in time to experience the Spanish-Revival waterfront mansion with their living history tours. Inside each of these tours, one will find halls rich in detail that echo a period of tradition and heritage. 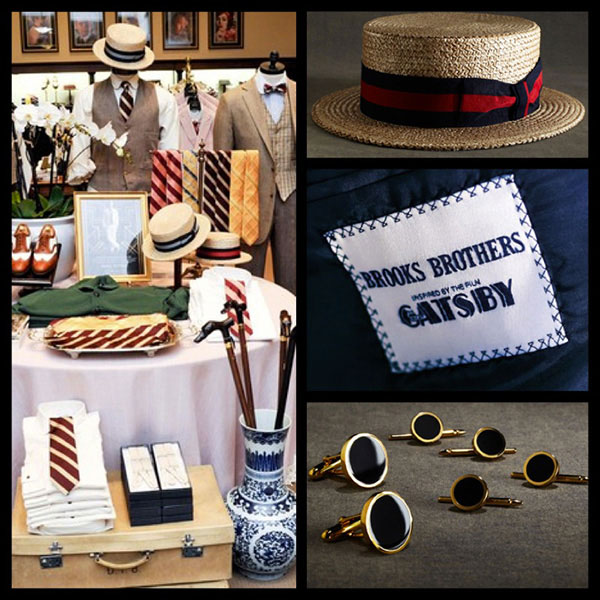 In an effort to infuse the roaring twenties by adding some Gatsby style into your wardrobe, rediscover the era with the limited edition Gatsby Collection at Brooks Brothers. The capsule collection is influenced by designs seen in Luhrmann’s film adaptation, designed by award winning customer designer, Catherine Martin. The Gatsby Collaboration pays tribute to fundamental period elements in modern cuts and materials, for an authentic balance by one of America’s oldest clothiers. It is said that F. Scott Fitzgerald was an avid Brooks Brothers customer, often referencing the brand in past literally tales. The company’s archives help to serve as visual inspiration for the period remake. The collection reflects a reinterpretation of the past, with a redefined collegiate style of modern menswear, favorable by men of distinction on Long Island’s Gold Coast.