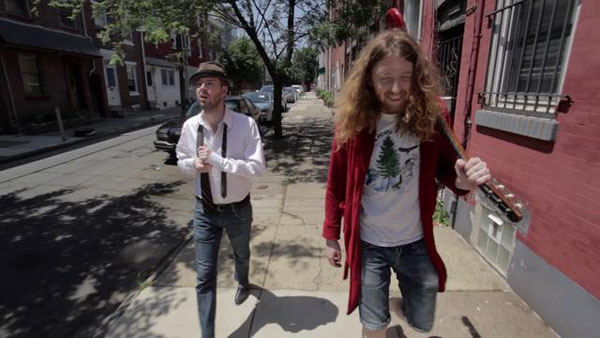 Sing, when the sun comes out
Dressed in our summer clothes
And my neighbor told me I resemble the Holy Ghost
She can’t help but wonder
why I abandoned my holy post

From “Holy Ghost” by Drgn King

Philly’s Drgn King started out as a duo featuring singer/songwriter/guitarist Dominic Angelella and hip-hop producer Ritz Reynolds (The Roots, Wale) and has expanded to include some of their best friends—Steve Montenegro on bass/guitars/effects, Brendan Mulvihill on guitars/samples and Joe Baldacci on drums/effects. The band was signed to Bar/None Records (They Might Be Giants, of Montreal) in the fall of 2012 and Reynolds recently produced its debut full-length, Paragraph Nights, on which he also plays keys, samples and programs drums.

Head to the Big Snow Buffalo Lodge in Brooklyn on Saturday, May 18th for some psychedelic indie music and find out why Drgn King is making ‘bands to watch’ lists in Paste and Esquire magazine.

Pulse: What’s the meaning behind your moniker? Is it related to Dragon?

Dominic: It is related to Dragon. We like dragons—there’s also a great Chinese place by Ritz’s house called Dragon King.

P: Who are your biggest musical influences— past and present?

D: Presently, there are countless peers that we’re influenced by, local and otherwise. Past-wise, we love Brian Eno, Shuggie Otis, The Beatles and RZA.

D: A drunk person in Macon, Georgia exclaimed that we were “HEAVY POP.” I think that fits us well. We try to mesh post-punk, pop music, hip-hop, and experimental things.

P: Who would you most like to tour with? Why?

D: Touring with Future Islands would be great. Or Van Morrison.

D: We have a few new songs that are incredibly fun to play, but “Looking at You” is a strong contender.

D: “Holy Ghost” actually happened to me. Joe and I lived in a weird neighborhood in North Philadelphia where a girl was threatened by the fact I looked like Jesus. It drove her a little crazy and weirded her out I think.

P: Have you played in NY before?

D: We’ve played NY countless times, submitting an incredibly small part to the vast ocean of musical history in the city. Even when noone shows up.

You can expect to hear music off of Paragraph Nights, along with some new songs and covers by ? And the Mysterians and the Flaming Lips… 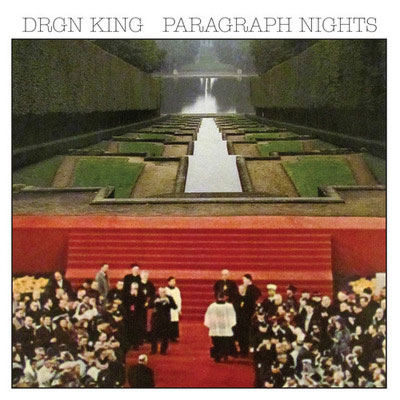