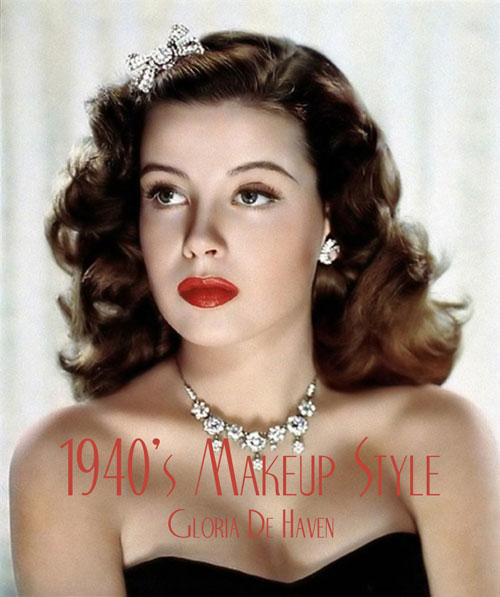 What women will do and endure to stay beautiful is awe inspiring. The art of self decoration with cosmetics has a creative and resilient past, even through times of war. One ill-timed war that comes to mind is the Second World War. It had a global grasp which created hardships for the individuals in war torn countries. Beauty had a place there despite the historic turmoil. It served as not only a method for “modern” women of the time to stay pretty, but also an example of creativity and smarts.

When you think makeup, you do not often pair it with a historic war and 1940’s Romania. Back in the times of war, there were shortages in every store due to tightened ports worldwide, and women’s beauty products and fashions became difficult to attain. Because of this, there was a need to improvise or be without makeup. It takes a war for women to be out of makeup, and if history repeats itself, you can do what they did in Romania and all over the world. 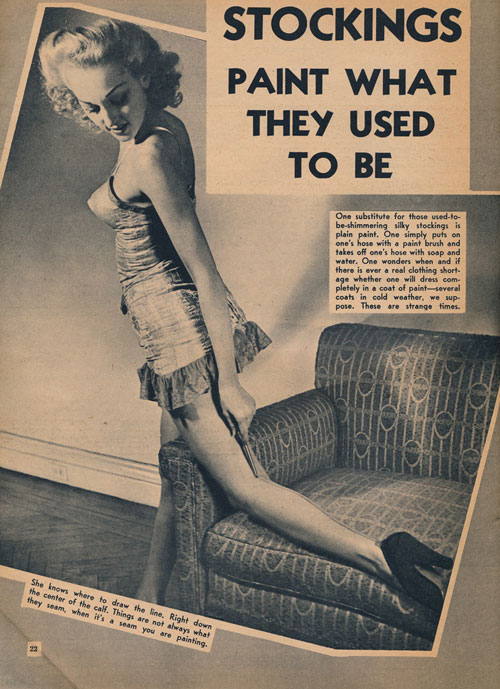 Historic Beauty Tips:
Flirty lashes were in high demand by young ladies everywhere. Without eye lash curlers, needles came in handy for lifting the lashes. Using the dull side of the needle parallel to the lash line, it was pulled through while the thumb acted as the opposite pressure to lift the lashes. The technique was simply to fold their lashes upwards to create a curled lash.

During this era, a full and shaped brow was an attractive feature and still remains today. What is a woman to do if she has no powder or pencil to draw her arch? Have a match? A match was lit and allowed to burn until the tip was an ashy black. The burnt end, once cooled, was used to draw a precise brow. The match doubled as not only the brow color, but the applicator as well.

If a young lady was planning on wearing a skirt in 1940’s Romania, she was also planning on wearing panty hose, however there weren’t any. Going out on the town in their short number with no hose back then was a social prohibition. So a piece of charcoal was removed from the fireplace or stove, sharpened to a fine point perfect for drawing. Panty hose back then had a substantial black seam running down the back of the leg, so the charcoal was used to mimic that seam by drawing a lone dark line down the back of the leg. They were free to wander with no one ever knowing they were bare. Until of course, the gentlemen got to first base.

One of the many reasons I am passionate about beauty is because the facets of this world are infinite. We have been getting dolled up for thousands of years, and I feel that there is constant evolution in the looking good process. It truly is incredible to see the art of self decoration as perpetual and a social must. 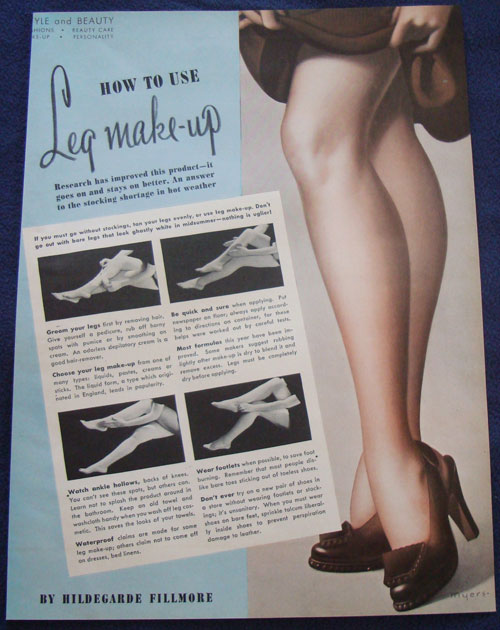 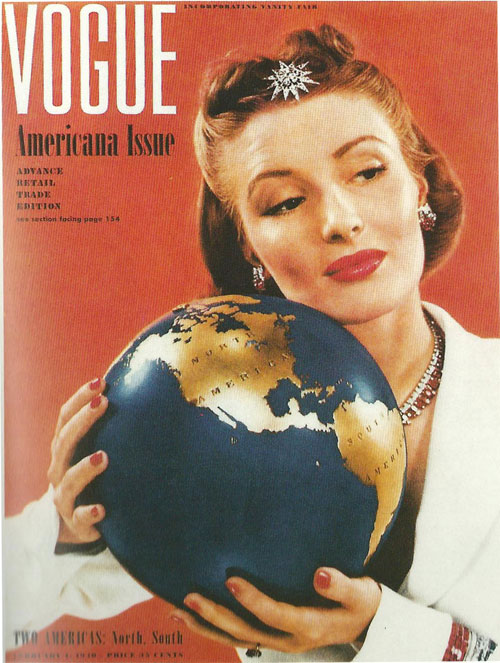