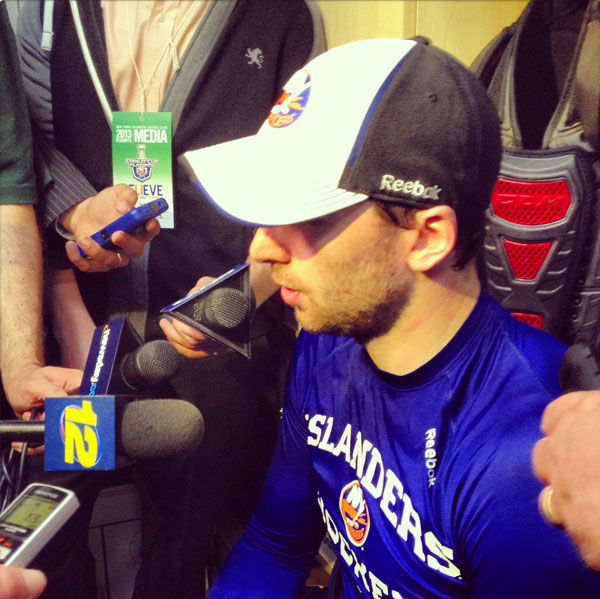 By now you know John Tavares is the Most Valuable Player on the Islanders. He has been a major catalyst for the team in the middle of a playoff run against the Penguins in the Eastern Conference Quarterfinals. On Friday it was officially announced that he is a finalist for the Hart Trophy as the NHL’s MVP as well.

“Dougie [Weight] broke the news and it means a lot coming from him,” Tavares said during Friday’s morning practice. “I was a little shocked; a lot of emotion. It’s a tremendous honor to be recognized, especially with those two. They are great players. I’ve gotten a lot of support since I was a kid, and I appreciate everyone who has gotten me here since I first put skates on at 3-years-old.”

This season Tavares, 22, led the Islanders in scoring for the fourth straight year. He scored 28 goals and added 19 assists for 47 points in a shortened year due to the work stoppage.

Tavares was the first overall pick in the 2009 NHL Draft and has recorded 249 points in 291 regular-season games.

In their long and prosperous history, the Islanders have only had one Hart Trophy Winner. Bryan Trottier won the honor in 1978-1979, the season before the Islanders went on to win four straight Stanley Cups.

The other finalists are Pittsburgh’s Sidney Crosby and Washington’s Alex Ovechkin.