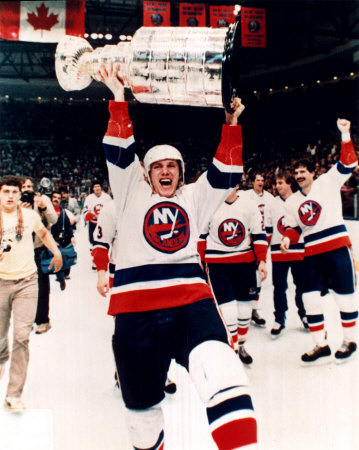 It’s not strange for the Islanders to trickle their way into pop culture, especially in the 1980s when they were winning Stanley Cups.

In recent years, thanks to actor and Long Island native Kevin Connolly, the Islanders were front and center on the hit HBO show “Entourage.”

Connolly, who grew up in Medford, N.Y., is a devout Islanders fan and often wore team shorts and hats and had paraphernalia hanging in his office on the set.

Last month, however, there was a quick and clever mention of the Islanders on the new FX show, “The Americans.” Focused largely on the interaction of Russian spies during the tenuous, paranoid and stressful Cold War times of the 1980s, the last thing you’d expect was a mention of the boys from Hempstead Turnpike.

As Philip Jennings, the lead actor and Russian spy played by Matthew Rhys, approaches his son in the family living room for a conversation, the boy tells him he’s busy.

“It’s Game 5 of the Stanley Cup and the Islanders just got home,” said Henry Jennings, played by Keidrich Sellati.

The Jennings family lives in the suburbs of Washington, D.C. with no clear connection to Long Island. The Islanders, however, were so good at the time it was must-see television. They simply did not lose.

The show, in its first season, takes place in 1981 when the Islanders won their second straight Stanley Cup, beating the Minnesota North Stars in five games. And yes, Game 5 was at home at the Nassau Veterans Memorial Coliseum.

For the record, there were no Russians on the Islanders’ roster that season.