Workweek Playlist: Five new albums capture the eccentric, soulful and familiar. Take one a day to keep the office doldrums away. 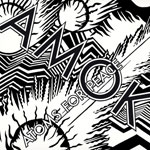 
The first great supergroup of the new century came together in Los Angeles in 2009. It consists of Thom Yorke of Radiohead, Radiohead’s producer Nigel Godrich, Flea from the Red Hot Chili Peppers, producer and musician Joey Waronker and Mauro Refosco of Forro In The Dark. The album basically gives Thom Yorke an excuse to let down his hair and get down and get funky. The slick electro set of tripped out dance tunes belies Yorke’s wailing angst, making for a fun dance record one will want to play over and over again. 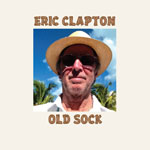 
This is Clapton’s first solo album since his 30-year relationship ended with Reprise/Warner Brothers. The aptly titled album finds Clapton breezing through familiar territory with covers of J.J. Cale, reggae legends such as Peter Tosh and folk and r&b staples. The big change is his introducing even more jazz numbers into his canon. This is certainly not Clapton exploring new roads, but the music feels as comfortable as an old sock. Definitely. 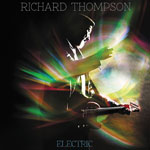 
Here is another British guitar hero, but one who is taking a completely different approach than Clapton. Slowhand is reveling in the simple joys of playing familiar material, but Richard Thompson is challenging himself yet again and has made one of his best solo albums in years. Producer Buddy Miller, who has worked wonders recently for Patty Griffin, Robert Plant and Shawn Colvin, has helped Thompson come up with a ferocious and energetic sound, that maintains Thompson’s folk roots and subtle melodic gifts. 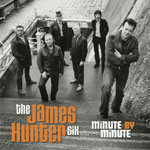 
James Hunter released his first album in 1986, but finally gained attention in the states with his 2006 Rounder debut. This is his first album in five years and it was worth the wait. Now giving his band equal billing, Hunter continues to mine the rich vein of American soul and r&b from the 60s in a completely original way. The album is yet another fine example of the authentic r&b sounds emanating out of England in the past 10 years. 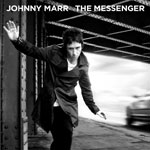 
Guitarist Marr was the other half of the great one-two punch that was The Smiths, one of the few truly great groups to emerge from England in the 1980s. Marr has kept busy though the years writing songs and playing with the likes of The The, The Pretenders, Modest Mouse, Bryan Ferry and many others. This debut album has a timeless British rock quality that makes it sound like it could have come out during any of the great British invasions.