Rainy day or not, these are high times for the best in music to make their tours of our sandbar. It’s time you tried on a new venue (or revisited a forgotten one). Similar to our connection to the talent, Long Island has no shortage of great music haunts to choose from. These offer great acoustics, a unique setting amongst neighbors and a small enough house the musicians are visible from the last row.

Boulton Center
If you enjoy listening to WFUV radio then this YMCA-owned venue is your spot. Kicking off its 10th year this summer, Bay Shore’s little gem is located on Main Street amongst a string of restaurants and bars. This season is already crammed with blue-chip musicians extracted from various eras and genres. Gracing the stage will be surf rock originator Dick Dale, Grammy Award-winning singer/accordionist Buckwheat Zydeco, guitar virtuoso Albert Lee with special guest David Knopfler of Dire Straits and a heap of others.

Hosting roughly 75 shows per year, this inviting theater can hold up to 261 people and, according to Boulton Center Director Michele Rizzo-Berg, “It’s like you’re seeing a show in your living room.” Rizzo-Berg said of the theater’s regulars, “They show up week after week and we know their names. They know who we are. We’re family here.”

This venue not only supports music but they incorporate comedy, dance, film and spoken word performances into their regular rotation. “This is a real music lover’s venue. But we’re more than just music. We do it all. We’re interested in supporting the arts, as we understand how important it is to the surrounding community.”

NYCB Theatre at Westbury
Fifty-six years young, the NYCB Theatre at Westbury started out as a modest tent where premiere Broadway talent would come to perform for Long Islanders. Over the past five decades, this now 2,870 seat theater has built a reputation for hosting some of the most celebrated talent around the world. “We have great classic rock, contemporary comedians, nontraditional celebrity artists, country rock bands, a variety of children’s programming and everything in between,” explained Jason Stone, Senior Vice President of Live Nation.

There’ll be no scarcity of artists this summer with entertainment industry titans like Don Rickles, the one and only Melissa Etheridge, Yes and Grammy Award-winning r&b artist Toni Braxton, all taking a turn at the theater’s legendary round stage. “Our neighborhood is varied with many different audiences. That is why we can vary the programming so much. We can fill the theater with an old-school r&b show or draw the classic rock audience from the North shore.” Stone added, “The new half-million-dollar sound system will be installed July 1 of this year. It will be the most expensive, permanent sound system of any venue on Long Island.”

The Paramount
Situated in downtown Huntington, this nearly two-years-young, five-million-dollar venture has quickly garnered a reputation on Long Island for hosting the most popular national music acts. “It’s like a New York City theater on Long Island. We do heavy metal, jazz, country, blues, punk, you name it. We even host boxing matches here,” Marketing Director Adam Ellis said.

Hip industrial brickwork, balcony seating and an oversized bar with a fancy cocktail area provide the setting. And the Paramount fills up with 1,555 attendees. Ellis added, “We’ll sell out about 20-25 percent of the time. The people make the place. And we get great crowds to show up.” The vibe here is cool and modern with a state-of-the-art lighting system. “We were ranked 78 out of 100 in the world for theater ticket sales in 2012.”
Year-round, The Paramount does 150-200 shows, and this coming summer the lineup is fixed to generate some buzz with LI music enthusiasts. “We’re excited for Dropkick Murphys, Peter Frampton, Boz Scaggs, Rick Springfield and many others,” Ellis said.

The Suffolk Theater
Newly opened in March of this year, though originally built in 1933, this art deco movie house has been restored to its original charm. Executive Director Bob Spiotto said, “This is a unique historic landmark. When people first come here they are instantly wowed by the splendor of the past.” Located on Main Street in Riverhead, it’s a supper club setting with round tables and chairs where one can wine and dine over various creative small plates. The entertainment ranges from jazz, country, swing, rock, dance, film and comedy. Spiotto added, “We want to offer a variety of entertainment for all. We want to host world-class talent but we also want to embrace the local talent, too.”

The intimate setup of 350 seats is already stacked with talent for the summer: a cabaret performance by Tony Award-winners Anita Gillette and the Paul Greenwood Trio, a swing piano evening with Grammy-nominated Judy Carmichael and her Trio and a cabaret night starring international star Melanie Stace. “There’s always something to celebrate at the Suffolk Theater!” Spiotto said.

As a year-round performing arts space, WHBPAC takes pride in its state-of-the art sound system. “Each seat sounds exactly the same. We’ve had engineers test this,” explained manager of PR & artist relations Jodi Giambrone. To boot, even with the hi-tech sound and world renowned talent, the concert experience at this venue, housing a mere 425 people, is still extremely intimate. “The last row in the balcony would be considered orchestra seating in Carnegie Hall,” declared Giambrone. “You get to see your favorite artists perform in a unique setting and you can actually see them playing their instruments.”

With performances spanning rock, blues, cabaret, dance, comedy, film and children’s programming, the calendar is always diverse. Giambrone added, “We’re here to foster an appreciation for the arts. We’ve come so far in 15 years. And we’re only looking forward from here.”

Food+drink+friends+family+summer weather+an outdoor concert = the perfect evening (or afternoon). It’s an equation repeated endlessly in LI’s warmer months with legendary and up-and-coming musicians across a slew of genres dropping by for festival appearances or as part of a music series.

June-August
7th Annual Huntington Summer Arts Festival, Heckscher Park
Sufi jams followed by Gershwin, then Zydeco and everything in between. And the Huntington Folk Festival marks the halfway point. This is curated by artsy people for artsy people. Berets not included.

June-September
Harry Chapin Lakeside Theatre, Eisenhower Park
Plenty of free shows by familiar names in music along with the famed International Nights, where countries from across the planet get an evening of homage. The lineup tends to bend towards our more seasoned music lovers. 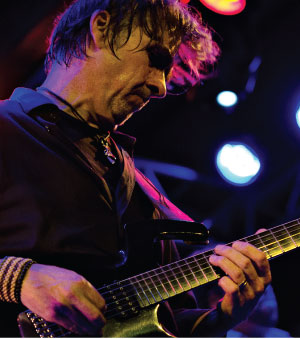 John Coltrane is a patron saint of jazz (check out son Ravi at Birdland in NYC this month). His connection to our fair sandbar and his adventurous spirit lives on in a loyal local scene. Full jazz immersion can be had Islandwide all summer long.

11th Annual Long Beach Jazz Festival
September 19-22
Long Beach Public Library Auditorium
longbeachjazzfest.com
LB, rising like a phoenix from Sandy, is the center of the LI jazz universe in this season-ending bash. Masterminded by Stickman Steve Adelson (who will also perform), free modern jazz won’t be limited to the library—clubs and restaurants throughout The City By The Sea will be be-bopping too.

Clovis Point Wines
clovispointwines.com
Their diverse summer music program includes lots of jazz. Check out The Mike Engle Jazz Vibratrio on July 6 for the rare (in these parts, at least) New Orleans-Montreal-inspired jazz.

Harmony Vineyards, Head of the Harbor
harmonyvineyards.com
They have weekly live jazz in the tasting room, but on June 23 the iconic album Duke Ellington & John Coltrane will be performed in its entirety. July 14 will see the same treatment for Thelonius Monk’s Underground.

Raphael Vineyard and Winery, Peconic
raphaelwine.com
Jazz on the Island Summer Concert Series at Raphael brings the young stars of contemporary, smooth jazz to wine country in a comfortable ambiance where the artists will feel free to perform with gusto.

Two Finger Jake’s Blues & Jazz Club, Farmingdale
twofingerjake.com
This artsy warehouse-y venue is the setting for some smoky jazz. Literally—cigars and cigarettes are welcome to lend a classic sheen to the proceedings.

Bonus: Not jazz but jazzy, Summer Gazebo Readings in Oceanside is a Monday night series of poetry read by you, us, them and everyone who digs a relaxed evening on the lawn. Bring your picnic gear and snacks.