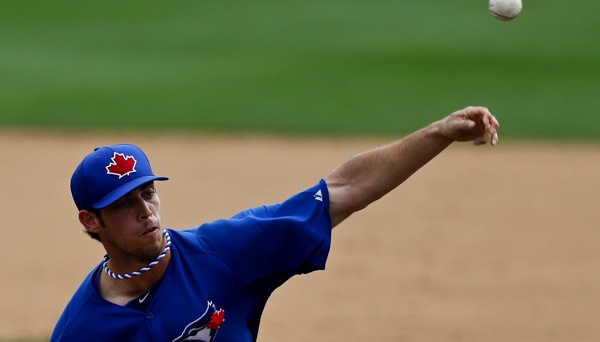 So what if Chris Davis hit his major league-leading 16th home run and the Orioles walloped the Blue Jays, 10-6, last Friday night. Seaford native Sean Nolin made his big league debut for the Jays.

It was a slugfest, some of it on behalf of Nolin. The teams combined for 33 hits and 16 runs. Nolin allowed three earned runs before retiring a batter.

He allowed six earned runs on seven hits and one walk.

Nolin played briefly at San Jacinto Junior College before taking his journey to the majors. Interestingly, he was drafted three times by three different teams between 2008-2010: Brewers in 2008 (50th round), Mariners in 2009 (48th round) and Blue Jays in 2010 (6th round).

Nolin is not the only Long Island native affiliated with the Blue Jays. Patchogue-Medford High alum Marcus Stroman is currently pitching in Double-A and is likely headed for a spot on the big league roster at some point this year.