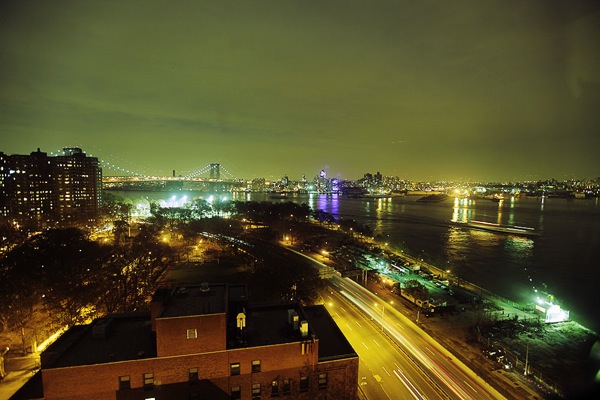 Whenever I pass New York City’s Tenement Museum, I feel nostalgic. Although I’ve never been inside the museum, my first apartment (50th St and 11th Ave, mid-1980s) WAS a tenement. The five-story walk-up came complete with a pull-chain toilet and a handheld shower head that was used while sitting in the bathtub. The tub, of course, was located in the kitchen. The creaky hallway floors and stairs had hammock-like sways, and the obstructed view of the Hudson River was accented by coiled razor-wire meant to prevent us from jumping onto the roof of a now razed car dealership. Our family farm was potted pine trees that struggled on the fire escape. Eleventh Avenue was a 24-hour parade of bikini-clad hookers, who never seemed to suffer winter’s chill (apparently, crack cocaine numbs). The price was certainly right for a pad in Hell’s Kitchen: $270/month divided by three brothers (for rent, not prostitutes). What does $90 buy today? A few tickets to the Tenement Museum… 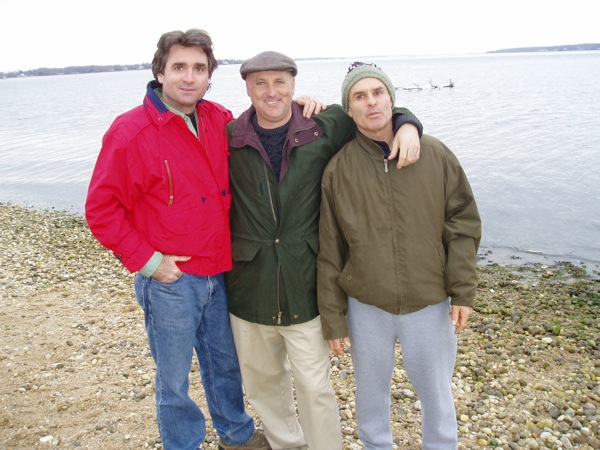 If I could blitz the U.S. with air-dropped leaflets, they would urge: Pack a small bag, march outside, wander into a different neighborhood, ask strangers questions. Faithfully beholding this tactic—anywhere and everywhere—turned most of my life into a working vacation. But first I had to wrestle the establishment to earn a few lessons.

My first income involved petty theft. As an eight-year-old living across the street from the Hempstead golf course driving range, I was motivated by the pro shops’ nickel per ball return policy. The pilfering ring began with me forking over balls I had coaxed through the fence using long sticks. The thieving matured into midday, fence-hopping sprints onto the driving range to load as many balls as possible into the belly of my shirt and then bounding back over the rusted eight-foot chain-link fence using the free arm not securing the loot. Older brother initiations aside, this authority-pursued one-armed banditry shaped my earliest adrenaline rushes.

Ball burglary was only a symptom of the recreational terrorism my two older brothers and I routinely enjoyed inside those suburban-liberating golf course fences. We’d camp overnight, buried deep in the courses’ leaf piles, sled year-round on anything descending, and spend hours clinging to soaring tree tops. In an early stride of independence, I constructed and maintained my own treehouse in a lumbering white pine to spy on a sport I’d never fancy.

When the dreaded greenskeeper finally captured me red-handed heisting balls on the driving range, he drove me in his supply-laden golf cart onto the street and into my driveway. As we walked up to my front door, his chunky claw still clutching my arm, he threatened, “You’re in a world of trouble.” After citing abundant crimes to my mother, he remanded me to her custody and left me to ponder a troubled planet.

Skip to now, as the insatiably propagandizing news media continues fanning that world of trouble myth (my mom let me off the hook and didn’t tell dad), my 130-country search for words to live by reconfirmed that we actually reside on a very friendly planet. The greenskeeper was wrong.

Suggestion: Wave that finger to the dismissive powers that be. Don’t let the bruising 24-hour news cycle, generic travel warnings, or your fear of the unknown limit your scope of the world. Heed the common sense revealed by unlikely sages in far-flung places, and just down the road from you.

My quest for understanding was an American detour away from the ill-advised gloom and reprimands of crotchety teachers, two-faced politicians, headline-starved news media, and whoever else we’re better off avoiding. It’s never too late to have a happy childhood. 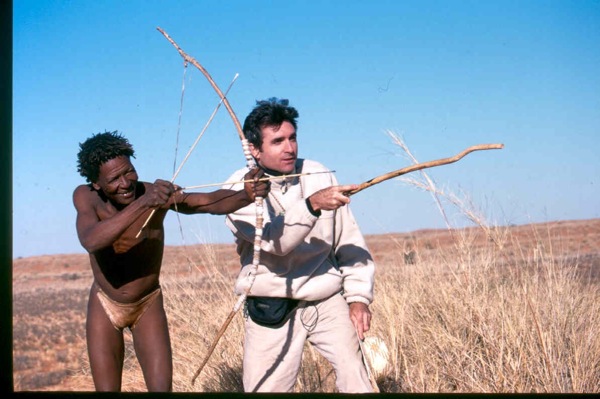