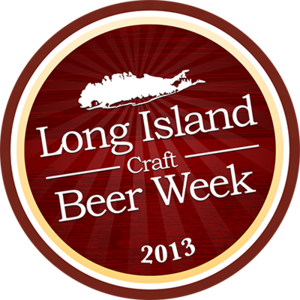 I actually like American Pickers and enjoy Mike Wolfe’s intensely frightening narratives. The list-hating, however, is legitimate.

I actually like lists. The list below provides five of my beer misses during Long Island Craft Beer Week, accompanied by corresponding cause. I dislike missing beer.

Fritz debuted at Great South Bay Brewery’s Bay Fest on May 11 and was released at the German-style brewpub on May 18.

An unsuccessful attempt at avoiding people, and subsequently, conversations, at Bay Fest. 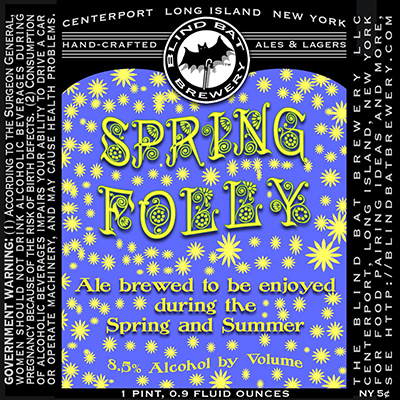 2) Blind Bat Brewery//Spring Folly :: 8.50% ABV
The Belgian-inspired sister of Hell Gate Golden Ale, Blind Bat Brewery‘s Spring Folly also debuted at Bay Fest on May 11. Though “not defined to any style,” says Paul Dlugokencky, owner and brewmaster, Spring Folly is brewed with coriander and possesses “strawberry, pomegranate, and citrus flavors, due to the yeast and fermentation.”

Dlugokencky will brew another batch, once its recipe and label are government-approved.

“The pilot beers are an avenue for the brewers to experiment with style and technique, and may result in a new addition to the lineup,” says Vincent Minutella, owner of The Black Sheep Ale House. “They don’t normally leave the tasting room.”

Pilot 1 is a pale ale brewed with Citra and Simcoe hops, providing a “hoppy, pungent nose of citrus and tropical fruits.”

Reason For Miss
I was studying for my pilot’s license, which included the creation of several lists. Because I like lists.

“Nugget is used primarily for bittering, but as an aromatic, it throws some nice herbal tones into the mix,” says Philbrick. “It’s hard to have anything shine over Party Boat IPA’s sinister citrus backbone, but it did add a nice element.”

Two hundred and ten minutes of traffic during my drive from Brooklyn to Patchogue. You are unbearable, Belt Parkway.