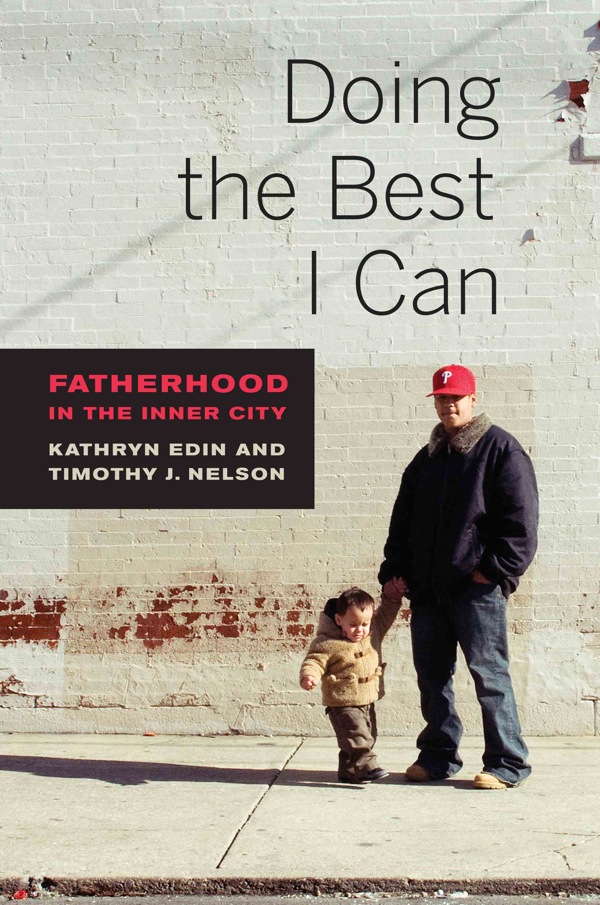 When you become a parent, much is expected of you.

Of course, you’re expected to feed and clothe your child, to provide shelter and comfort, toys and encouragement. Society expects you to teach morals, kindness, and compassion, and to send your kids to school to learn more.

And heck, even the President of the United States expects you to stick around, if you’re the baby’s father.

But is parenting really that easy? What makes a good Dad? Find out in the new book “Doing the Best I Can” by Kathryn Edin and Timothy J. Nelson.

News stories, even commencement speeches are filled with this advice: young Black men must make better “choices;” in particular, they’re urged to accept responsibility and raise the children they father. Unwillingness to do so, the authors say, is “denounced as one of the leading social problems of our day.”

But what’s the truth about inner-city fatherhood?

In search of an answer, Edin and Nelson literally moved to Camden , New Jersey to spend time with 110 men there and in Philadelphia . They wanted to know the experiences of those men—black, white, and Latino—all, unwed fathers.

The first surprise the authors learned was that forming a couple was, for many men, a casual near-accident. Relationships “just happened,” as did many pregnancies—which often “happened” relatively quickly in the union—though the authors did note that some pregnancies seemed “semi-planned.”

Pundits might indicate otherwise, but the fathers showed a “surprising desire to parent their kids.” Most of those interviewed were excited about their “own” babies; in fact, the authors found that when it comes to the mother of his child, “it is the baby, and not her, whom [the father] is really attached to.” And yet, ultimately, decisions on birth control and financial and day-to-day costs of raising the child were left to the mother, though the men did their best with limited resources (both monetary and physical). And each man was explicit when describing a “good father,” often citing behavior that was directly opposite that which he received from his own Dad…

Without a doubt, “Doing the Best I Can” is one intriguing book.

Through their research, authors Kathryn Edin and Timothy J. Nelson may irritate some readers and sadden others—but I found encouragement mixed with a strong call to action within these pages. This book doesn’t confirm a lot of old beliefs; instead, it turns them around with a lot of hopeful understanding and compassion and a good (though reserved) amount of seemingly-implied disapproval against “stupid” behavior. Another thing that makes this book a must-read is that it includes a very big warning for young, inner-city white, black, and Latino women – a warning that could be a major game-changer.

This isn’t a casual, weekend kind of read; it’s a bit on the clinical side but should appeal to academics, professionals, and anyone with a stake in the future. If that’s you, and you need a good eye-opener, “Doing the Best I Can” is a book I expect you’ll like.