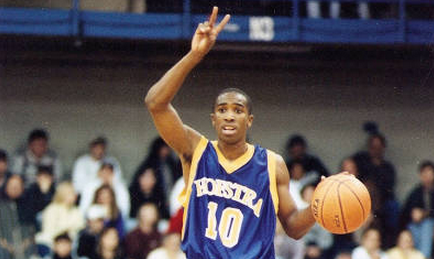 It’s not exactly the head coaching position he petitioned for, but he’ll take it. Speedy Claxton has officially returned to the Hofstra men’s basketball program after new head coach Joe Mihalich tabbed him as his new special assistant.

Claxton spent the last two seasons as a college scout with the Golden State Warriors and played in the NBA for a decade. A former first-round draft pick of the Philadelphia 76ers, he won an NBA title with the San Antonio Spurs in 2003.

Among Claxton’s other highlights, he was also named the 2000 winner of the Haggerty Award, given to the top player in the Metropolitan New York area, after leading Hofstra to an America East Conference championship and its first NCAA Division I tournament berth in 23 years.

He will begin his Hofstra duties on July 1, according to the school’s Office of Athletic Communications.