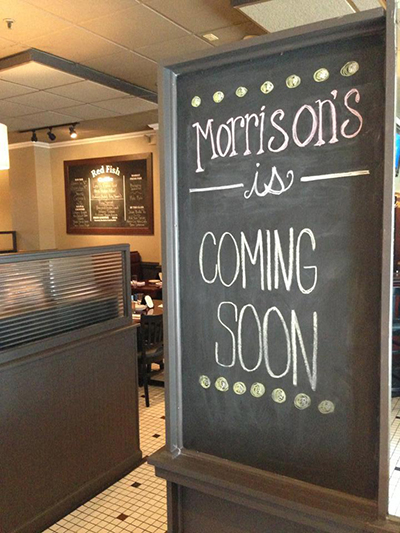 The seafood-specializing restaurant in Plainview will reopen as Morrison’s, “committed to current food trends and a killer bar program,” says Shelby Poole, who co-owns with parents, Artie and Lori Bloom, and husband, Harry Poole (executive chef). The quartet also owns Jackson’s in Commack.

“We focused on fresh, high-quality food at Red Fish, and Morrison’s will carry on that spirit,” says Poole. “If there’s an opportunity to educate our customers on bringing their standards to another level, were going to take it.”

“I tried to create a list that’s totally accessible to the casual beer drinker, while still providing the geek with something to dance about,” says Poole.