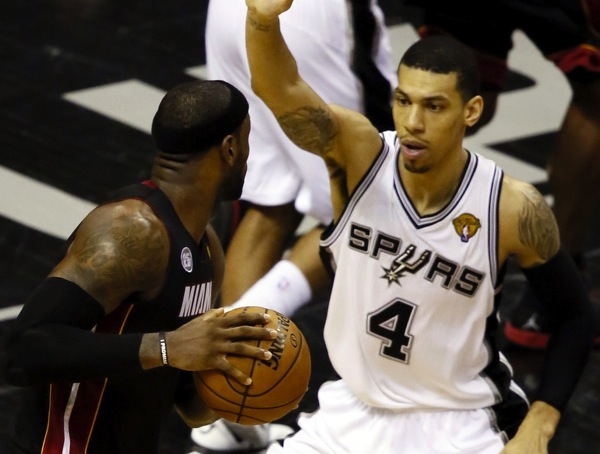 Considering the Heat and LeBron James have played largely inconsistent in this year’s NBA Finals, the last thing you’d expect to relate the down play to is Long Island. We have North Babylon native and St. Mary’s High School alum Danny Green to thank for that.

Sports media has chronicled his story high and low, especially in the last month as the San Antonio Spurs have had a dominant run through the Western Conference and now face James, Dwayne Wade, Chris Bosh and company. Green, who has started 80 games this season alongside Tony Parker and Tim Duncan, has risen as a key cog for the Spurs.

“Danny is a really good basketball player,” said Roy Williams, Green’s coach at North Carolina. “But he’s even better if he’s around really good players because then he has so many different skills that can blend. He’s a fantastic shooter. Danny’s also the guy that’s going to get you a tip-in, he’s going to get you a blocked shot that nobody else is going to be able to get to. [Spurs coach Greg Popovich] really appreciates all those little things that Danny does.”

Green and James were teammates on the Cavaliers during the 2009-10 season before one was out of the NBA shortly after and one was off to South Beach with a new contract.

Green spent some time in the NBA’s D-League, cut and signed twice by the Spurs, and had a brief stint playing in Slovenia before settling into his own comfort zone eventually with the Spurs full-time.

Now he’s a resilient defender and clutch three-point shooter. His three-point basket with 2:13 in Game 1 was enough to spur San Antonio to victory and catch the eyes of many.

“I had many doubts; I didn’t know where [my career] was going,” Green told the Boston Globe. “Losing confidence was something I dealt with but I had a great support system with my family and they did a good job of keeping me confident to attack this goal. [Game 3] was very surreal, kind of like a dream. I still think it’s a dream but right now I can’t think about it. The last game is the last game.”