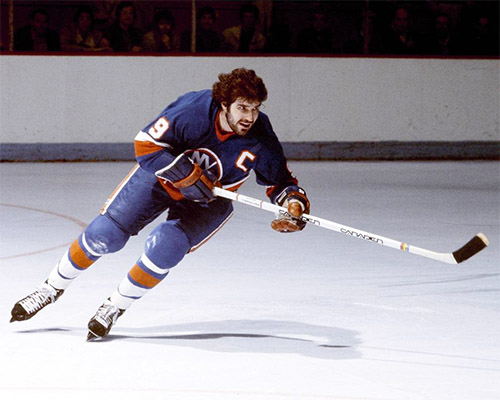 We can thank the Islanders teams from the early 1980s for a ton of things: championships, memories, history, but there might be nothing as unique as their ownership of the original playoff beard.

With every grizzly skater you see on television as the Blackhawks and Bruins fight for the Stanley Cup, or with every fan who posts a selfie on Instagram of their #playoffbeard, you can thank guys like Clark Gillies, Ken Morrow, John Tonelli and Butch Goring. Men from the Islanders’ dynasty teams are the Fathers of the Playoff Beard.

“It wasn’t a formal announcement or proclamation to the league,” hockey historian Stan Fischler told the Boston Globe about the Isles’ beards. “It wasn’t even picked up by the media at first. Just an occasional beard here and there. Then more and more guys started doing it. Then other teams picked up on it over the years.”

In the same Boston Globe story, Islanders legend and Hockey Hall of Famer Clark Gillies said the team didn’t realize at the time that the beards meant anything. It wasn’t a calculated measurement.

“Only recently did people start saying we were the ones who should stake claim to that,” he said. “It really turned into something much bigger than I could have imagined.”

It’s hard to picture John Tavares, Matt Martin or Matt Moulson with burly thatches of facial hair, but Islanders fans are game. The more they win, the more the hair generally stays.