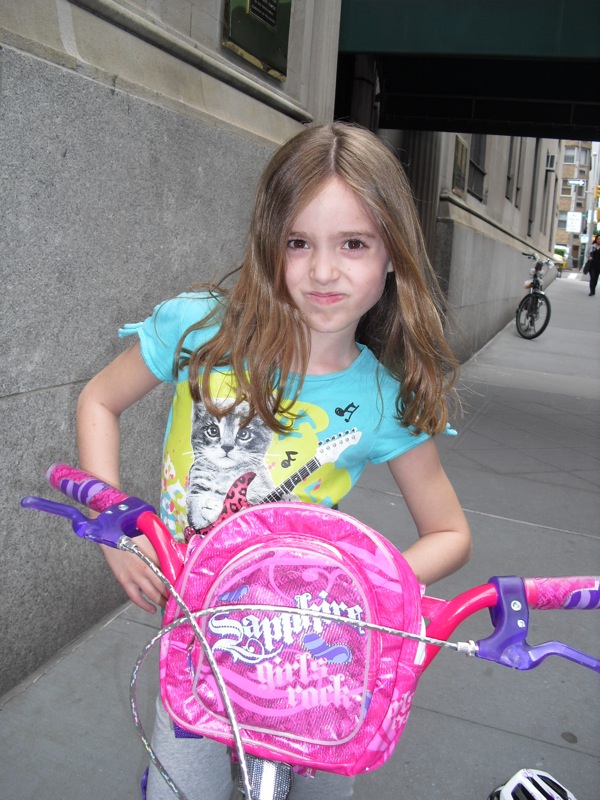 Unless theater-going, most New Yorkers avoid Times Square. Expecting a sightseer glut, I was taken by West 44th Street’s The Jekyll & Hyde Club Restaurant, as was my eight-year-old daughter, Bella. This museum of comedic horror lets your imagination, and your kids, roam freely. Great food aside, watching your child exchange dialogue with a talking sphinx, gargoyle, wolf, mummy, statue of David, or elephant makes the visit worthwhile (let the receptionist know your child’s name and the “voice” will take it from there). Their mouths move in sync with the individual voices that are broadcast throughout the restaurant. Bella’s conversation with the sphinx, whose head outsized a refrigerator, set the stage for two hours of non-stop entertainment. 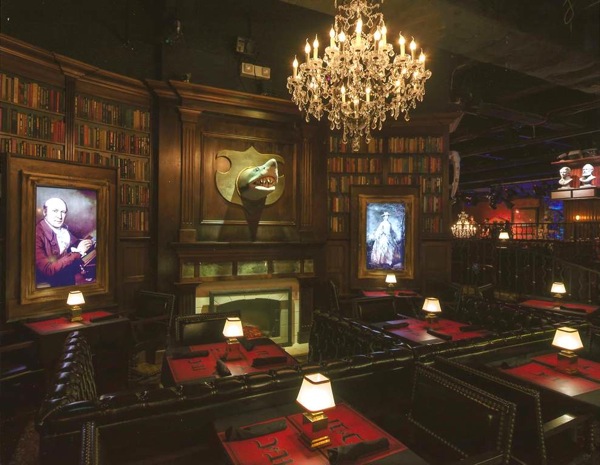 Naughty Jekyll fled London in 1931 and sought refuge in New York. His dimly lit private “club,” as it’s called, replicates the New York underground frozen in 1931. Hence, the ongoing late-1920s and early 1930’s music soundtrack, which includes French-Russian gypsy music. You can experience many curious things simply sitting at your table—a roving palm reader, plotting mad scientists—but it will take a few laps around the multi-tiered space to notice creepy things like the human brains, lizards, and baby Komodo dragons floating in glass jars of formaldehyde. There’s also no shortage of shrunken heads, human skulls and full skeletons hanging around. 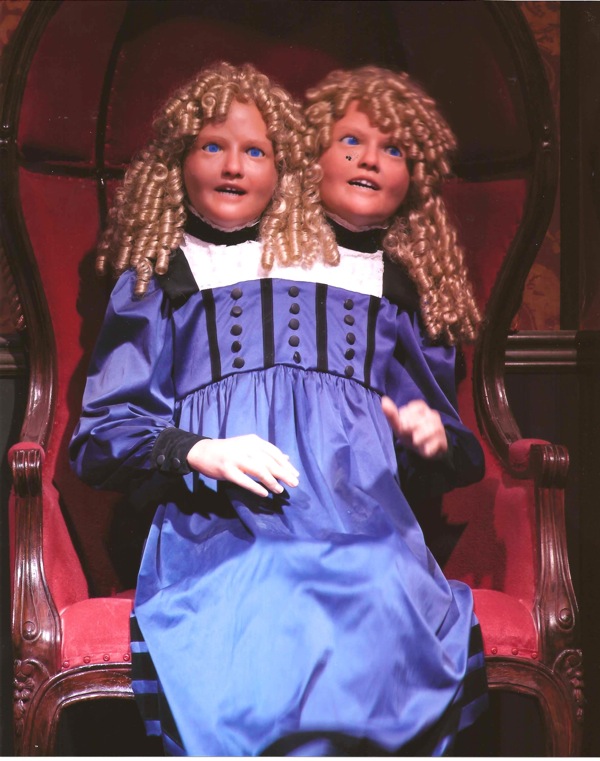 If you can find your way into and out of the tricky, bookcase-burrowed restrooms, note the always evolving, illuminated paintings lining the walls. They gradually morph from classic period portraits to ghoulish representations of the afterlife. For me, Times Square’s haunted corner recalls a Transylvanian take on the Upper East Side’s Explorer’s Club, a memorabilia showcase and meeting place for classic global adventurers.

Though I’m sure management can’t certify this, with one “guarded” exit/entrance, kids can safely explore this multi-room space on their own while you continue dining or otherwise. The entryway is a gift shop and pictorial museum all its own. And, if you need more assurance, any staff who are not in-character are happy to show kids around this vocal puppet and statue odyssey. The bigger-than-life Frankenstein awakening takes center stage about every two hours, and makes kids stare in wonder. I stared too.

The steakhouse-caliber menu, which includes kid’s favorites like Mac N Cheese, is complemented by signature cocktails including Death by Poison and the Kiss of Death. Yum. Many adults roamed around with cocktails-in-hand. While roaming solo, from afar, I saw Bella having a discussion with the Anatomical Man, a skinned head upon a skinless torso. The limb-free humorist coaxed Bella into helping him find a date in the venue, which put her in the midst of some fun moments with other customers. Date arranged, the Anatomical Man then suggested that Bella locate a few of his vital organs, with each one lighting up as she touched it. 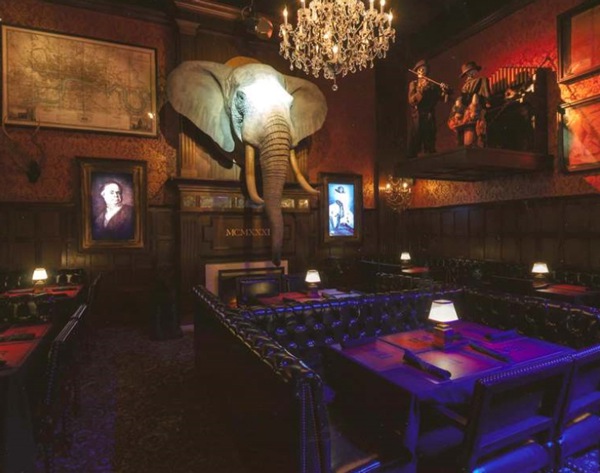 Before leaving, Bella’s dialogue with the talking life-sized elephant got another corner of the restaurant chuckling. The staff, many of whom remain in character, also provide random laughs. Despite calling the palm-reader “a fake,” Bella loved it here. I recommend it to everyone, with or without kids. It’s the ultimate Manhattan restaurant solution to any type of lousy weather. It’s also a chance to experience a sinister but humorous Londoner’s take on a social club that’s still tuned into 1931. When you leave, you’ll have to readjust to Times Square.

Jekyll & Hyde Club
216 W44th St. NY NY
JEKYLLANDHYDECLUB.COM
Go when it’s not busy and extend your hang time—call to find out when: 212-869-HYDE 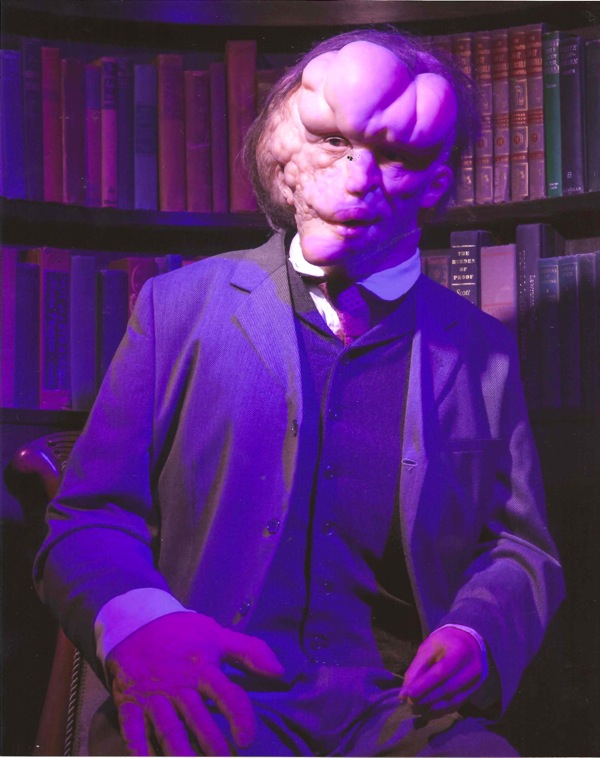