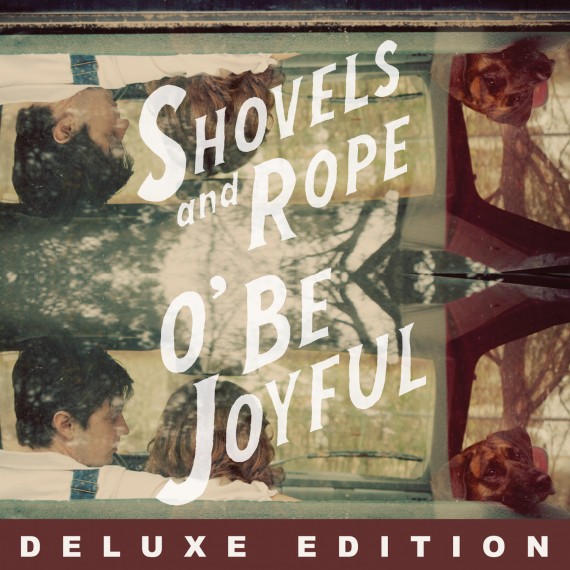 —From “Birmingham” by Shovels & Rope

A musical gal from Nashville met a musical guy from Texas at a show in Athens, GA. First came music, then came love and then came marriage—and more music. Singer/songwriters Cary Ann Hearst and Michael Trent started playing together to make some money in Charleston, South Carolina, where they reside, and they released a record called Shovels & Rope in 2008. But it wasn’t until 2010 (the year Cary Ann’s dark tune “Hells Bells” could be heard on HBO’s True Blood) that the couple decided to concentrate on their makeshift band and name themselves Shovels & Rope. They (and their beloved hound dog, Townes Van Zandt) have since toured non-stop and opened for the likes of Justin Townes Earle, the Felice Brothers, Butch Walker and Jack White.

The deluxe edition of the duo’s 2012 disc, O’ Be Joyful, is now available with three extra tracks. The record was recorded in their house, backyard and van. S&R played the powerful semi-autobiographical song “Birmingham” when making its acclaimed television debut on The Late Show with David Letterman.

Their genuine sound is an eclectic mix of country, gospel, folk and bluesy rock made with just two old guitars, a few harmonicas and a junk-yard drum kit. When you combine superb songwriting with soulful harmonies and relentless energy, you get a hypnotic live show. So don’t miss Shovels & Rope at Nikon at Jones Beach Theater on Tuesday, June 25th and Wednesday, June 26th when they open for the Dave Matthews Band.