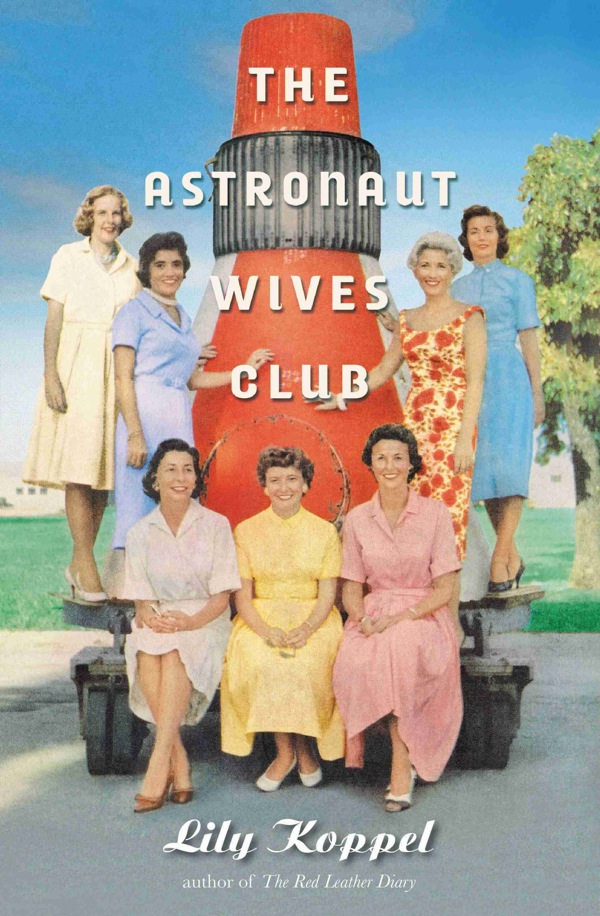 You’d pack your bags in a heartbeat.

Yep, if they ever come up with a commuter bus to outer space, you’ll be first in line for tickets. And why not? You’ve grown up with the Space Race, men on the moon, footage of weightless astronauts, and fascinating experiments.

You’d go to the moon in a minute, but it’s not possible yet. And in the new book “The Astronaut Wives Club” by Lily Koppel, you’ll see that, for the spouses of spacemen, it wasn’t possible 50 years ago, either.

The seven were chosen, not for their brains (although they were highly intelligent men) but for their stature: NASA required that Mercury astronauts be healthy, strong…and shorter than 5’8”, or they wouldn’t fit into the space capsules.

The seven women married to the Mercury astronauts weren’t chosen, yet they were immersed in the Mercury program as if they’d been hired, too. NASA strongly suggested that the women get up at 5am to cook their men a hearty breakfast, and insisted that spacemen endure no stress before all space activities. No family bickering, no checkbook woes, kid problems, or accusations of cheating.

And there was a lot of the latter: “Cape Cookies” were everywhere, and though some of the astronauts were happily married (NASA insisted on stable family lives) and could avoid temptation, the indiscretions of others were blatant and ignored.

This was a time when Communism was feared, Russia had beaten the U.S. into orbit, and the Civil Rights Movement was years in the future. It was a time when divorce was taboo, “girls” deferred to their husbands, and (except in secretarial roles) women were largely barred from the world of business—which is perhaps why NASA didn’t think to give Annie Glenn, Betty Grissom, Louise Shepard, Rene Carpenter, Marge Slayton, Jo Schirra, or Trudy Cooper much direction in dealing with press or pressure.

And so, the Astrowives pulled together with an unspoken promise to one another: “If you need us, call and we’ll come.”

Like most Americans in July, 1969, your eyes were glued to the TV. You remember that first moonwalk well—but what about the people outside the spacesuits?

“The Astronaut Wives Club” tells you, but not via some run-of-the-mill, techno-filled NASA story. No, author Lily Koppel tells the tale from a razor-sharp point-of-view: she writes of innocence, hope, and triumph through the eyes of seven women who Space-Raced behind the scenes.

There’s humor and heartache inside this book, but what makes it so vivid is that we’re transported back in time. We’re made to remember the Eisenhower years, Camelot and Women’s Lib, space food, and wanting to be astronauts—all of which allows for a better feel for what the Astrowives endured.

This book is a Baby-Boomer’s dream and is perfect for anyone who’s imagined moving among the stars. If that’s you, then you’ll want to read “The Astronaut Wives Club” because this book will send you over the Moon.