You may not have heard of The Republic of Palau, but it’s heard of you. This strange but familiar crossroads, a collection of Micronesian islands in the Western Pacific Ocean, spans 400 miles north to south and nearly spills over into Southeast Asia. Most visitors come here—100,000 per year—because it’s a Mecca for scuba divers. But the real appeal is how this multinational intersection offers a taste of Asia’s diversity, the island’s homegrown friendliness and no small measure of American comfort.

Palauan president Johnson Toribiong, who will happily meet with an interviewer wearing shorts, told me, “The islands’ biggest imports from the US are democracy and Budweiser.”

Palau’s internationalism runs deeper than global tourists and Bud. A native named Badoi, mused on past and present occupiers, saying, “The 1800s German takeover left fat hot dogs in our breakfast buffets, whereas the Japanese occupation can be traced to our prisoners carving fable-sharing wood storyboards. And, now as US allies, we speak English, use the dollar, dig the NBA and have drinkable tap water.” Although Palau is partially Americanized, the locals consider fruit-bat soup to be a delicacy and eat their French fries with chopsticks.

Rain Calms Waters —Palauan fisherman’s proverb
I was soon enlightened about Palauan tradition. I met a guy whose father named him Corleone after the Godfather movies. Santa-like but tan, Corleone told me about the tradition of money-doubling house parties. When you make a down payment on a house, you invite friends over, and they each give you, say $100. Then, when your pals buy theirs, you have to give them $200. This reciprocal favor pays it forward. 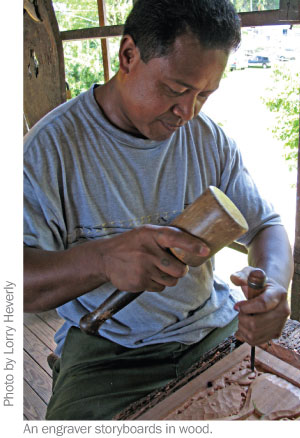 Their relationship with wealth is interesting, as evidenced by ubiquitous money-bird etchings, which represent Palau’s symbol for spiritual wealth. This image is everywhere, including dozens of representations etched into their capital building. Legend has it that this bird (a delerrok) gave birth to the bead money pieces once used for trading in ancient Southeast Asia. Other debated representations are “Can’t take it with you” and “Eat money—crap money.” Palauans’ relaxed attitude toward wealth, and pretty much everything else, makes even Hawaii seem stressful.

Water World
Unaware of the layered cultural nuances, I came for the scenery, which did not disappoint. Of its 500-plus islands, eight are inhabited and most of the matchless sightseeing is within 20 square miles of the capital. Some of the islands resemble emerald mushroom caps perched on the glowing turquoise water. For example, Rock Islands is a theater of capped isles created by waves chewing away at the base of jungle-topped limestone pinnacles. Some even spill waterfalls. Multi-hued, glacial-teal water invites you to kayak through dreamy mangrove forest tunnels or stop for a picnic on an uninhabited island.

While the beaches are beautiful, you won’t see a lot of sunbathers—everyone’s in the water. Most people’s interaction with the sand is when they’re launching a kayak or peering at the mind-boggling underwater life through a mask. If you’re not in the water with a mask on, you’re missing the point of your long voyage to get here. Palau is one of the seven underwater wonders of the world. The epic coral wall called the Big Drop Off—one of Cousteau’s favorites—is a window into dazzling coral kaleidoscopes loaded with sharks, turtles and fish. Divers always rave about drift-diving; here it’s also an option for snorkelers.

Palau’s Disneyland is Jellyfish Lake, a saltwater pond on an island that’s home to a million harmless jellyfish. Not quite as romantic as swimming with dolphins, but way freakier. Like a late ’60s sci-fi/acid movie demonstrating a wobbly hallucination, the aimless, undulating blobs, from tiny to basketball-sized, play bumper cars with your entire body. Eerie yet exhilarating, the measured swim through the fertile colony of these peachy-orange UFOs is a once-in-a-lifetime gem.

Taking Care of Their Own
With such a beautiful setting, it is no surprise the concept of environmental sustainability is thousands of years old on the islands. Palau still maintains 450 coral species and 1,300 species of fish via the bul, ancient conservation referendums from the Council of Chiefs that are spread by word-of-mouth and signs posted on the beaches. For example, one biodiversity warning reads: “Go easy on the rabbitfish and betel plants.” Palau’s caretakers of the sea also make huge reef areas off-limits to fishing during known fish spawning and feeding periods. Here, an offender’s entire family is fined for disregarding the bul.

Cool Cuisine and Chill Culture
Food is one thing not in need of conservation—there is a diverse cornucopia. Native meals blend seafood and taro potatoes, and crabmeat and coconut juice seem to make their way into many dishes. Most of the dining—and pretty much every other activity not involving water—happens on one small island, one of the three with roads. Restaurant options include Thai, Indonesian and Italian. Koror, population 13,000, also has a few shopping malls where salons sit next to organic herb markets. It’s a lot of variety for such a small island.

A stroll down one of Koror’s streets—you’ll likely be the fastest walker in town—can be a circus of aromas blending Thai curry, kebabs, Italian pesto and local restaurants deep-frying everything on its menu. You’ll also notice that locals speak with an accent that blends Hawaiian-style English with Filipino Pidgin; there’s no shortage of Filipino spicing this mix. Did I mention casual everything? As even the president wears tropical weight shirts with floral patterns, you’ll only need your lightest summer clothes. Koror’s average temperature swings between 75 and 85 degrees, while humidity hovers around 80 percent. It can rain at any time, especially from June to October. February and March are the driest months, making them the best time to go. Although Palau lies outside the typhoon corridor, it does occasionally get hit. 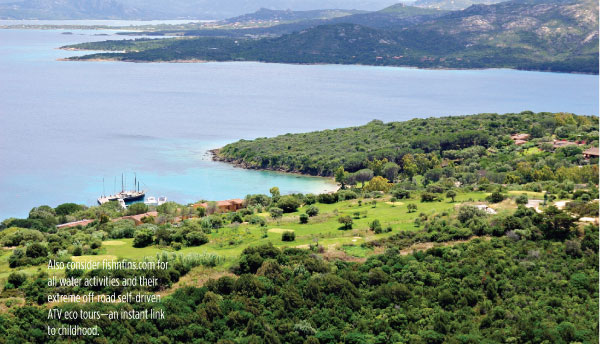 A War Story
This nation of islands was once defined by WWII battles. One result of being caught in that crossfire meant the country’s wartime population of 45,000 was dramatically reduced and is 18,000 today. Palau now has its own unique identity, but some of the rules governing its original matriarchal society still prevail. Women are prominent in every aspect of society, which may be why Palauan dudes favor chilling under baseball caps and behind shades. Foreign occupations also impacted the country’s choice of music, which is influenced by American country and Japanese folk and blues. And while Jamaica never planted a flag in Palau, reggae has also taken hold.

Now Christian, native Palauans had no official written language until 2007—only a verbal history. The Japanese occupation of WWII introduced an enduring language that’s carved into wood.

Storyboarding, an art form of engraved comic-strip-style storytelling, uses elaborate, flowing images carved into wooden boards to illustrate fables. Today, inmates in a low-security prison chisel away the hours, and their work is sold in the prison’s retail shop. Resembling a museum crafts store, the shop features a window that allows you to peer into the yard. I saw a guard playing hoops with an inmate. The inmate won. You are even allowed to meet the artist (essentially barter with the inmates). One inmate-artist, whose storyline included well-endowed mermaids, noted my purchasing hesitation and offered some ingrained Palauan advice for indecision: “Don’t be like seaweed where the current is strong.”

Palau-impac.com is another capable option to enjoy the island’s various outfitted activities. Kayaking thru mangrove forests is one of their specialties.

Island Hopping
If you want to soak up your own adventure in Palau, you’d better be prepared for a few transfers. Once you’ve crossed the continental 48, you’re either going to jump from Hawaii to Guam to Palau or head there by way of Taiwan and/or Japan. Either way it’s a haul, so make it worth every second when you get there.