Beth Hart’s music ranges from raucous roots to California pop with equally successful results. Her 1999 song, “L.A. Song (Out of This Town),” still receives considerable airplay. This new album is the record she’s been destined to make for years. Gritty and soulful, with perfect production, the music never panders to any pop formulas and is an instant timeless classic. Her Jeff Beck-backed cover of “I’d Rather Go Blind” is worth the price of admission in itself. 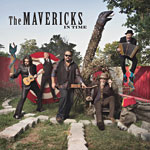 The Mavericks
In Time
(Valory)


After a 10-year hiatus, the Mavericks are back. During that time lead singer Raul Malo released a slew of fine solo recordings. The lengthy sabbatical has refreshed the band and its new album mixes all the Tex-Mex and country influences of the past with Malo’s continued maturity as one of the most satisfying vocal stylists in music today. The Mavericks: Back just in time. 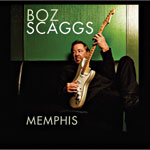 
Boz Scaggs spent considerable time in his career shaking off the success he had as a founding member of the Steve Miller Band and recording arguably one of the greatest American albums of all time, Silk Degrees. Ever since 2003 he’s made soulful and jazzy music that highlights his singular voice and tasteful selection of songs and players. This new album features a core group of Willie Weeks, Ray Parker Jr. and producer Steve Jordan paying homage to the great Memphis soul of the ’60s. Along with a large backing cast of singers, horn players and string players, Scaggs has easily made one of his best albums in years. 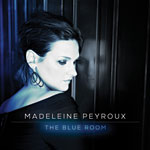 
Ever since her debut album in 1996, Madeline Peyroux has made music that fans of Billie Holiday could love. Peyroux wisely chooses her material and sings in a relaxed, carefree style that eschews the tortured singing that informed the passion of Holiday, particularly on her latter material. It’s great to see Peyroux releasing albums at regular intervals since her second album in 2004, with each album she grows more confident
and engaging. 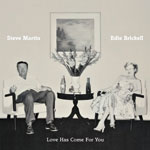 Steve Martin & Edie Brickell
Love Has Come For You
(Rounder)


Edie Brickell has been very busy of late, making solo albums and playing with her band the Gaddabouts. Her latest project is an album with comedian/actor Steve Martin. This is Martin’s third foray into acoustic roots music and the two no doubt met through Brickell’s husband Paul Simon. The collection of songs are an easygoing, authentic-sounding, country music love letter that pairs like-minded artists. One can almost taste the lemonade, smell the fresh-cut grass and see the fireflies from the front porch as the sun goes down.