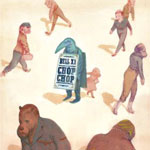 Dublin’s Bell X1 is U2’s heir apparent, with a bit of Talking Heads and Coldplay mixed in. Their latest Chop Chop and its song “The End Is Nigh” is a perfect distillation of the best elements of all three—nervous, revelatory and anthemic all at once. 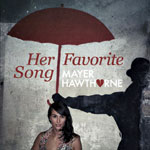 Mayer Hawthorne delivers subtle but sweet hip hop on the album Where Does This Door Go and the tune “Her Favorite Song.” Equal parts rapper and crooner, Hawthorne’s work is late-night chilling music.

Michael Franti & Spearhead effortlessly blends styles on “I’m Alive” a track from his new album All People. A hip hop beat supports acoustic folk guitar and he alternates from MC to limber singer.