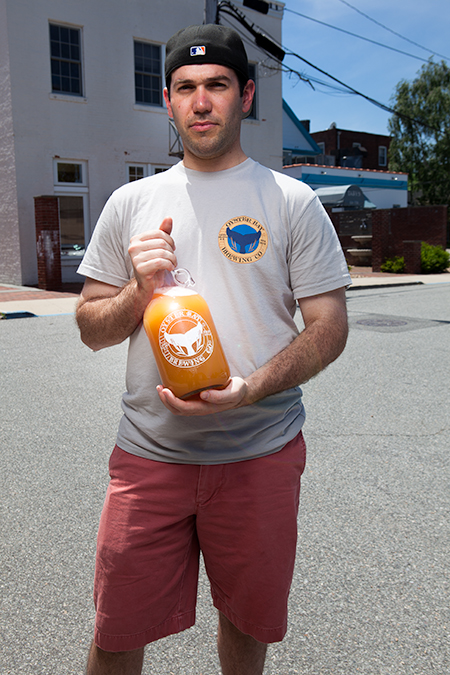 A clan of aquatic vampires, or BLOODSUCKAHZ, desire Haim’s precious beer-laced plasmajuice, so Oyster Bay Brewing Company will use nuclear brewfare to destroy evil and save humanity.

While I am confident with the synopsis of Oyster Bay Brewing Bloodsuckahz, I have no script, filmmaking experience, or, again, money; There is only a tagline for the VHS box:

Morgan Freeman is also confirmed for the role of Vorloft, main antagonist and warlord of the BLOODSUCKAHZ.

Gabriel Haim has beer in his blood.

Haim’s wife’s cousin, Kevin Matalucci, was brewmaster of Broad Ripple Brew Pub in Indianapolis, Indiana for 23 years and often poured his beers at holidays and other family functions. Inspired by the “growlers of flavorful and complex brews,” Haim purchased a homebrewing kit with Ryan Schlotter, a friend and co-worker at Westbury’s Rallye BMW, and “started experimenting in their kitchens” in 2011. They also brewed regularly at Broad Ripple Brew Pub with Matalucci. His professional guidance triggered the start of Oyster Bay Brewing Company.

“There aren’t any big kettles or hoses in a homebrew kit, so working on a real brewhouse was a great experience and pushed us to take it seriously,” says Haim. “[Matalucci] gave us direction and we would do everything, from mashing to measuring hops. We’ve been trying to apply everything we learned on our own equipment now.”

Oyster Bay Brewing Company’s equipment is a three-barrel brewhouse with two fermenters and four brite tanks. After test-batching two days per week since December 2012, the brewery opened on June 09 with Amber Ale and IPA. The latter is 8.70% ABV and has a “nice floral aroma and hop bite,” says Schlotter, who created the recipe. 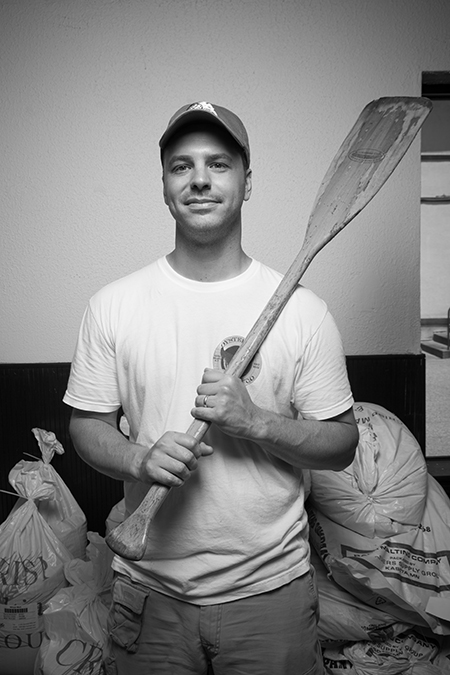 While Haim and Schlotter are still employed at Rallye BMW, the duo are serious about correcting the severe brewery-neglect in Nassau County; prior to Oyster Bay Brewing Company, Oceanside’s Barrier Brewing Company was the county’s sole beer-maker.

“There’s no beer on the north shore of Nassau County, and Oyster Bay has such a rich history and a great community vibe,” says Schlotter. “We’re trying to give them a craft brewery with bold flavors, but something for the masses, as well.”