Most people have a list of favorite movies, beloved films proudly defended as the best ever. These choices are generally intended to reveal excellent judgment and fine taste. Then there are the movies whose merits are only discussed after a few too many drinks. These are our cinematic guilty pleasures, the mad, bad, trashy or just plain geeky movies that bypass the rational mind and go straight to the pleasure center. Read on for a few guilty pleasures from our resident film expert Dylan Skolnick, then share a few of your own in the comments. Look for this column in the September issue of Pulse to see if your guilty pleasures made it into the magazine.

King Kong (1976)
The 1933 King Kong is one of the great classics, and Peter Jackson’s 2005 version has fans, but good luck finding a defender of Dino De Laurentiis’ 1976 remake. Placing the famed tale of a big ape’s ill-fated trip to New York in a modern world of environmentalism and women’s liberation was just one of De Laurentiis’ blissfully disastrous decisions. The delirious moment when a young Jessica Lange punches Kong’s paw and calls him a “male chauvinist pig ape” is priceless, although true fans of cinematic cheesiness need to track down the indescribable sequel, King Kong Lives (1986) with its surreal giant ape birth scene. 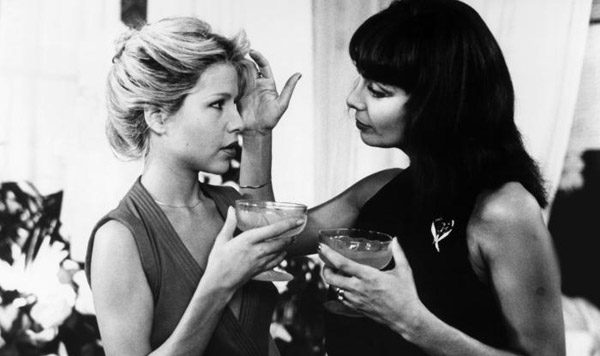 The Lonely Lady (1983)
The high point (or low point) of Pia Zadora’s reign as a Hollywood sex symbol, The Lonely Lady tells the amazingly sordid saga of Jerilee, an innocent aspiring screenwriter. A scene in which Ray Liotta accosts her with a garden hose, in a way it was never meant to be used, writing having an animated nervous breakdown and the greatest one-word speech about the Spanish Civil War (“WHY?”) in the history of movies are some of the jaw-dropping moments highlights in this epic of trash that culminates with Jerilee’s stunning Academy Award acceptance speech in which she tells a billion millions of Oscar-night viewers, “I guess I’m not the only girl who f#!*ed her way to the top.”

Red Dawn (1984)
John Milius’ insane fantasia about a Russian invasion of America, and the intrepid band of teenagers who rise up to fight the invaders, embodies all of the worst paranoid delusions of the NRA and the right-wing lunatic fringe. Milius’ strident tale of clean-cut young white Americans fighting the godless commies is a perfect militia movement recruiting film, but it’s also delightfully fun and features an amazing cast of ’80s icons (Patrick Swayze, Lea Thompson, C. Thomas Howell, Charlie Sheen and Jennifer Grey).

The Hobbit: An Unexpected Journey (2012)
Peter Jackson’s Lord of the Rings trilogy skillfully walked the fine line between pleasing diehard J.R.R. Tolkien fans and more casual viewers, although bloat was becoming apparent in the final film’s seemingly infinite multiple endings. However, Jackson tumbled over the deep end with last year’s adaptation of The Hobbit. The three lengthy Lord of the Rings novels appropriately resulted in three long movies, but it’s hard to understand stretching the comparatively short Hobbit into three extremely long films. Still, Jackson’s movie is irresistible catnip to anyone who grew up loving Tolkien’s universe of Hobbits, Orcs, Elves and Wizards—even if there should be guilt for inflicting it on everyone else.

It seems an appalling residue of our puritanical roots to link the word “guilty” with the diverse pleasures these movies give us. They rarely approach art, but they never really intend to anyways. Don’t feel guilty…just enjoy!

Dylan Skolnick tries to live with the proper balance of pleasure and guilt. He can be found most days and many evenings at the Cinema Arts Centre (cinemaartscentre.org), where he is Co-Director.