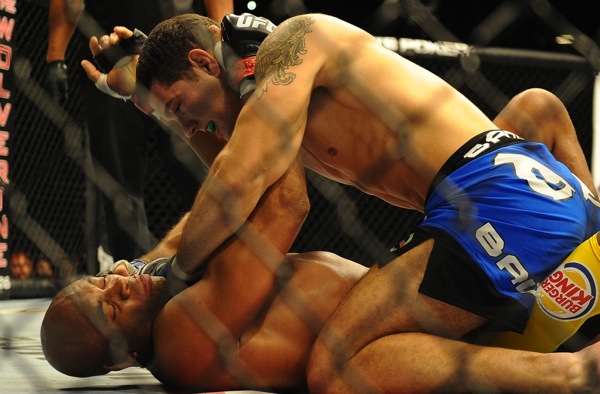 Perhaps the only people in the world who weren’t fazed by Chris Weidman’s victory over Anderson Silva for the UFC middleweight championship this past Saturday were his hometown fans on Long Island.

We’ve seen him climb through the ranks from his wrestling days at Baldwin High and Hofstra University now to the premier level as a world champion in the ring.

Silva took part in his normal banter, but it didn’t matter when Weidman connected with a left and forced the UFC star to the mat. A few shots later and the fight was over at 1:18.

“I felt destined for this,” Weidman said after the fight. “It was far-fetched, but I imagined it so many times before in my head. (Silva) was an idol of mine. I didn’t want to mention it in the camp. I looked up to him for many years.”

Weidman was a two-time All-American wrestler at Hofstra and placed third at the NCAA Tournament during his senior season.