I have been blessed with a number of extraordinary opportunities throughout my journey thanks to hard work and networking. No one knows you are there unless you open your mouth, agreed? A recent business and pleasure trip to London was one of those blessings. For the past few years, I have been given the opportunity to compose and teach workshops at the world’s biggest gathering of professional make-up artists. Every year the International Make-up Artist Trade Show brings the world’s leading talent together from red carpet glamour to the best in Hollywood special effects, in four different countries to share, educate and shop. This year my passion for education was extended into Europe and I was surrounded by artists from every country.

The venue was Olympia National Hall Kensington, one stop off the central line from Sheppard’s Bush, which was the starting stop for me each day-it has been imprinted into my memory. The city itself is very similar to New York with that modern cosmopolitan jungle feel, a very diverse population, and the one very nice underground system or “the tube.” Olympia National Hall is a grand hall, and the view from the second level resembled a sea of makeup-From the biggest brands such as MAC and Royal Brushes, to the boutique brands such as Obsessive Compulsive and Eve Pearl. Even Long Island represented with Farmingdale based cosmetics company Ladyburd-that was really excellent to see. 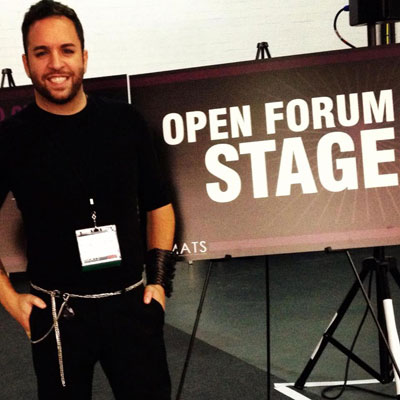 My reason for attending the show, as I mentioned, was for education purposes. An educator with the IMATS receives plenty of exposure, so it’s a lot of fun if you are a people person, can remain humble, and love to share what you know with those who aspire to be competitive. My class this year was a crash course in runway artistry, or “Runway Dos & Don’ts,” to be exact. My desire to be good in the artistry of esthetics was born from working with designers to materialize their whole image they wished to express when the models walked. I called it a crash course because it is fitting, if there ever was a time you thought you would crash as a makeup artist, its working fashion- it is intense.

The challenge was to create a makeup and body look to compliment a fashion accessory which I provided. Their tools included two colored pencils, duct tape, and a custom face chart. After getting a dose of tactics to combat unprofessional or rude models and how to capture the moments with social media, we began the portion of the workshop where it became hands on and interactive. Each artist who attended enthusiastically drew up their looks and displayed for all to see and share. Each look was so dramatically different and the talent was over the top. The worst part was choosing only a few looks to mimic on my noble, unsuspecting, yet totally professional model, David from Dublin. From there we wrapped up the class with some Q&A, and a photo session. I even signed a few show programs and that was a blessing and a thrill. To think I touched an individual so much they wished for me to add my signature as an artist to a memento they will keep as a reminder of their experience is something I will never forget. 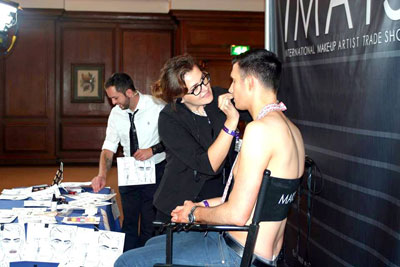 It is all much better exhibited with images and I am so thankful to my right hands throughout the workshop, Sandrine Coutelier for capturing the moments during the show, and Eva Pappas for administering the crowd.

You can find out more about the IMATS at http://www.imats.net , the next show is in Vancouver at the end of July and the next stop is Sydney. 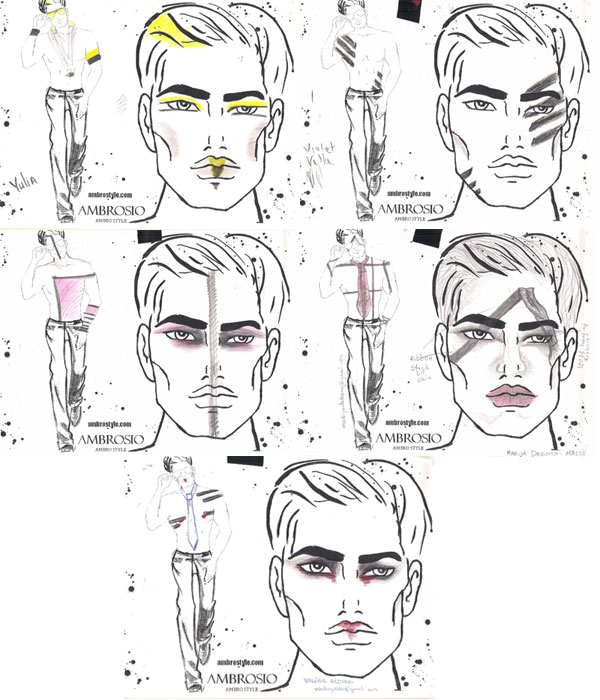