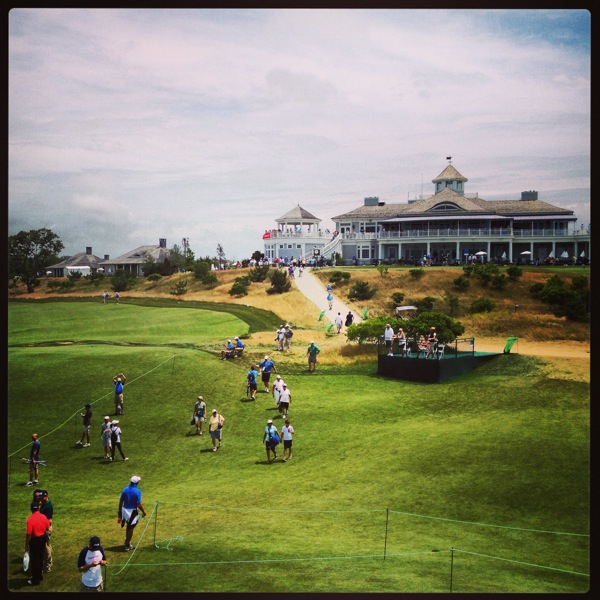 It’s been a week since the Women’s U.S. Open was held at Sebonack Golf Course in Southampton. Folks on the East End must still be hung over from the five-year hype leading up to the championship week and finally enduring one of the nation’s largest women’s sporting events, only to go back to normalcy.

Inbee Park captured the title this year during a humid and windy week on the East End.

“I just hope this is not a dream,” Park said in a press conference after winning the title. “I don’t want to wake up tomorrow and play the final round again. Yeah, it feels great. It feels great to put my name on this trophy twice. That just means so much. Yeah, in this kind of great championship, I just feel very honored to, yeah, put my name on this trophy with some people like who are up here.”

The golfers were very complimentary of the course, which battled winds throughout the week on the scenic overlay of the Peconic Bay.

Jessica Korda, who was competing in her sixth U.S. Open, said the greens were harder and the winds stronger than the other five Opens she’s been a part of.

“I would say by far I had so many in between clubs these last two days, and you’re just standing there and you’re like you don’t know what this ball’s going to do,” she said. “Is it going to sit? Is it going to go? Is the wind going to take it? It’s pretty mentally draining out there?”

This was the first time a Women’s US Open for golf was held on Long Island and just the fifth time in New York. It marked the first time since 1973 that the Open came to the Empire State when it was held at the Country Club of Rochester.

The men have been playing Open golf on Long Island for more than a century. The second Men’s U.S. Open in history was held in 1896 at Shinnecock Hills Golf Course in Southampton, and it has been held there three more times (2004, 1995, 1986) and will once again be hosted there in 2018.

In total, the Men’s U.S. Open has been held on Long Island 10 times and this includes the two played in Queens in 1923 at Inwood Country Club, which golf legend Bobby Jones won, and in 1932 at Fresh Meadow Country Club.