New Jersey gets a bad rap for being an industrial wasteland. This hasn’t stopped survivalist Tom Brown from insisting that it still truly is The Garden State. Not only does Brown see food where you see weeds, his coastal New Jersey survival school is also a convenient place to learn wilderness and urban survival skills, nature awareness, the ancient art of tracking, and the Native American philosophy of connecting with the earth. 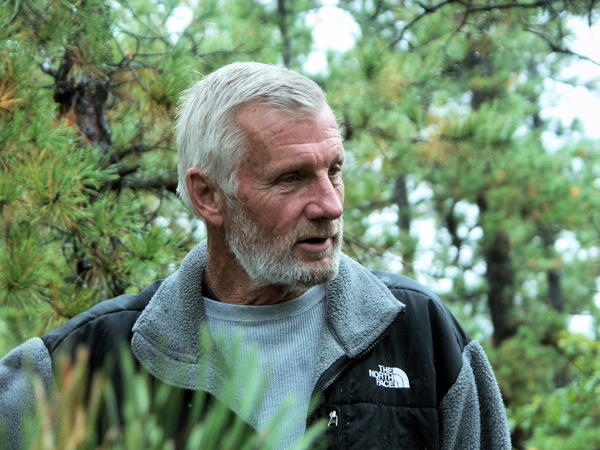 What if your plane crashes and you are alone, naked in the woods? First the survival basics: shelter, water, fire, food. You learn how to build a debris hut and start a matchless fire using a self-carved bow drill. Imagine fiddling a bark-ribbon bow across an upright paper-towel holder to create an ember. You also make strong string by braiding long grasses, build dead-fall hunting traps, track animals or humans by analyzing their print pressure release, and enhance your natural awareness using wide-angle vision. There are workshops on selecting edible plants, hunting with a throwing stick and stalking—or meditating—by way of “fox walking.” The six-day standard course opens the door to dozens of advanced Tracker School courses. 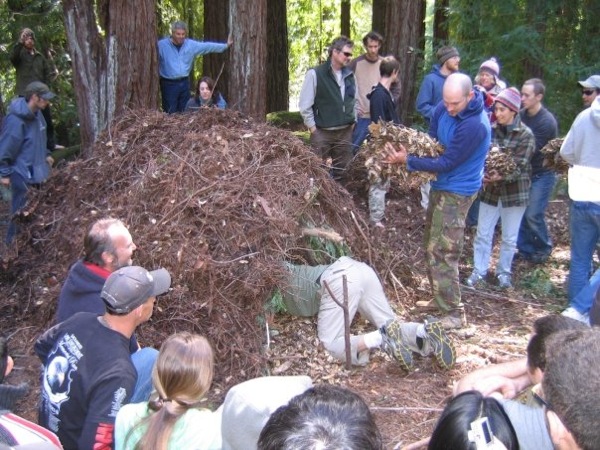 As a child and adolescent, Brown learned these ancient skills in New Jersey’s Pine Barrens from his mentor, Stalking Wolf, a displaced Apache elder, shaman, and scout. Highly attuned to nature, the scouts were part of a secret society who refined tracking, awareness, and wilderness survival to an intense science and art form. Brown shares generations of outdoor wisdom in a continuum of profound lectures and workshops lasting up to 14 hours per day. He leads an ensemble of instructors, all graduates from his 100-plus advanced courses.

Attendees graduate to be (at least) as versatile as Neanderthals with reactivated primitive sensibility, discovering uses for a knife beyond buttering. Lectures are given by Brown or his staff at the Primitive Camp in Waretown, NJ, where students sit on split-log benches balanced on stumps and arranged amphitheater style. Several workshops are outdoors, including wilderness cooking and food preservation.

Students camp wherever they like in the woods. The course requires moderate physical challenge, mostly of which encompasses enduring the summer heat. The mentally demanding curriculum unearths flickers of your wild side and is not for anyone rendered miserable by camping in the rain, confronting poison ivy, or eating grub ladled out of a 10-gallon steel pot. The hearty fare, including grains and stews, is two cuts above cafeteria food, with vegetarian options. The school now has staff dedicated solely to cooking—rumor has it the chow is even better than when I took the course. 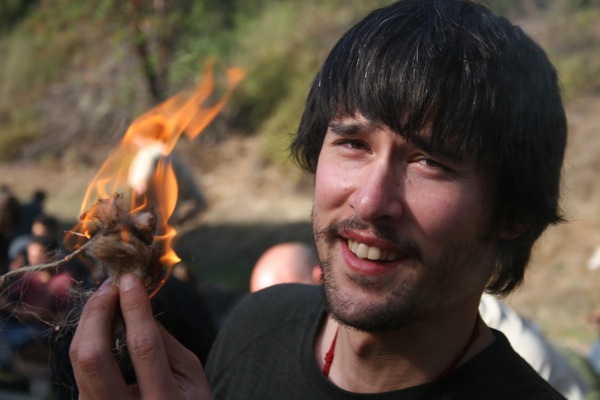 The instructors promote hunting only as a way to eat in survival mode, and they demonstrate options without guns, such as hurling rocks and sticks and building traps. The only assault on the squeamish was an opossum-skinning demonstration that was “like pulling off a sock.” Practical survival tips include using the oil on your nose to rustproof knives, engorging a condom into a five-gallon water reservoir, and pragmatic ways to gut fish. One instructor shaved his beard with a $10 knife, noting, “You can shave with a sharpened ax.”

Typically, 40 percent of the class is female. A priceless experience for any outdoor enthusiast, attendees ranged from vegetarians to hunters to hitchhiking backpackers to soul-searching millionaires. Most modern folk are aliens in the wilderness, and our ability to survive within it equals the ultimate freedom.

Brown has turned tracking into an intense science and art form. I saw a paw print, he certified “a disk-fissure crest-crumble lobular pressure release.” Translation: “a strolling female fox with a full stomach who paused and looked left.” On one field trip, Brown led us along a forested trail. Within a 50-yard segment of the trail, he identified 50 tracks (left, right, or rear print) on handwritten ice-cream sticks pointing at the otherwise invisible tracks of 10 different animals. He doesn’t miss a beat in the woods.

The art of camouflage

The most compelling ingredient of the standard course is Brown’s passion for the Native American way of living in commune with nature. A loathing for environmental destruction burns in him. Therefore, the Tracker faculty is more than a fraternity of nomads who like sneaking up on animals.

Brown is not without controversy, however. He’s the only person who can vouch for his formative-years backstory, and hasn’t provided evidence that his Apache mentor existed. But even if it is more of a parable, one point you’re supposed to take away from this experience is, and as Brown says to his students, “If you believe every word I say you are a fool, prove me right or prove me wrong.”

Our final night was spent in a sweat lodge, where Brown chanted in Apache tongues, prayed for the earth, suggested we count our blessings, pardon our enemies, and invited us to seek our most productive path. The next morning, he delivered a “save mother earth” epilogue that brought tears to everyone’s eyes, including his. New York City seems to be a million miles away. Then, Brown hopped into his Hummer and drove away.

* New Jersey standard classes May through September; six days, Sunday through Saturday. Also: Brown teaches in CA once a year. Coyote classes; six day camps for young men and women ages 8-17 are available via the Children of the Earth Foundation, 609 971 1799. 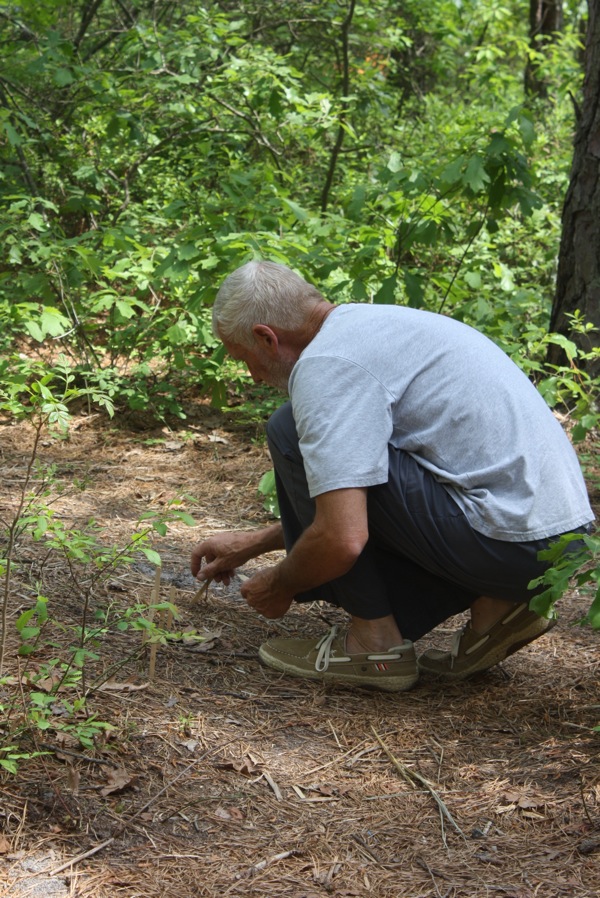 PS, The Apache scouts were masters of the wilderness and beginning in his early teens, Brown was called on to take those skills into the woods to track lost children, fugitives and even an escaped Bengal tiger. A frequent guest on CNN and Fox News, he advises law enforcement bureaus and trains Navy Seals on all aspects of survival.

Brown also reveals the surly edge of a fed-up nature Sheriff; a sensitive, down-to-earth environmentalist periodically bringing himself to tears while reflecting on his Apache “grandfather.” Imagine John Muir a marine.

Why New Jersey? Brown calls on his students to “fight on the front lines of the environmental war.” The differences, he explains, need to be made where the worst environmental crimes are being committed. He’s written 20-plus books in as many years on topics ranging from philosophy to urban survival.

Stalking Wolf, an Apache elder, shaman, and scout mentored him in the skills of wilderness survival, awareness and tracking until he was 17. Brown then spent the next 10 years living in the wilderness throughout the United States without manufactured tools, perfecting these skills and teachings. Brown returned to “civilization” and was called on to track a lost person. Therein, he earned his reputation as “The Tracker” finding lost people and fugitives from the law.