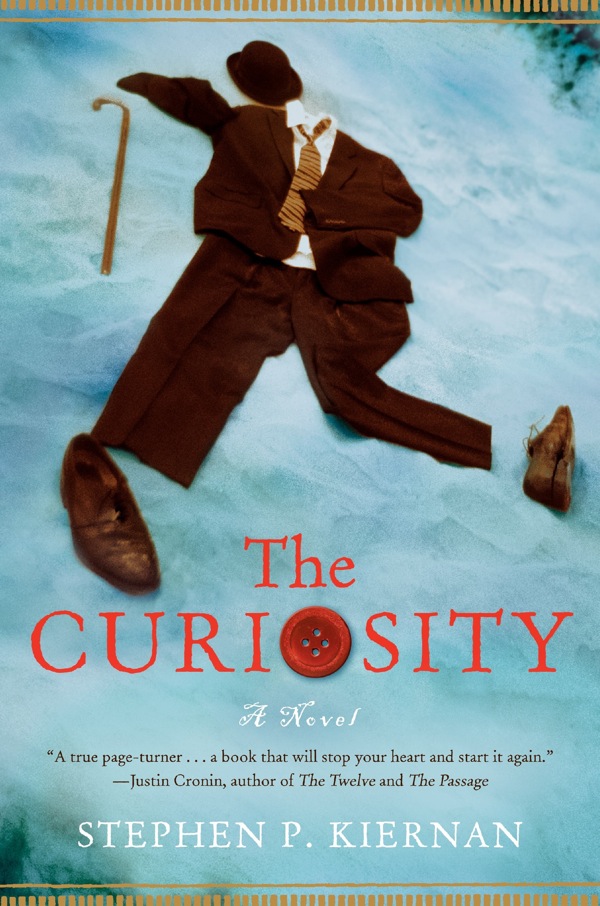 When you look back on your life, you notice that much has changed.

It’s a world your great-grandmother would’ve barely recognized – and as you’ll see in the new book, “The Curiosity” by Stephen P. Kiernan, letting her explore it might have had worldwide repercussions.

Dr. Kate Philo was in over her head.

She wasn’t really qualified to lead the Carthage Institute’s latest Arctic expedition, but she needed to work and Erastus Carthage needed a body with a PhD. Still, it was a relatively easy job: her team—nineteen scientists, twelve crewmembers, and one hack journalist – was searching for “candidate bergs” large enough to allow for reanimation experiments on krill and shrimp.

And then they found it: the biggest iceberg yet. Massive, it would yield thousands of feet of experimental surface. It would supply organisms for hundreds of studies.

It would contain a surprise: a human man.

Erastus Carthage had been seeking immortality for decades. From this frozen human that Philo’s crew found, a man whom Carthage dubbed Subject One, he could learn how to suspend life and re-animate it at will. Everyone would clamor to know about Carthage ’s Lazarus Project. The whole world would want the information for which he alone had proprietary ownership.

His name was Jeremiah Rice, and he was a judge.

As he warmed and awoke, he remembered a girl with fiery hair and a woman he took for granted. He remembered that he was born on Christmas Day, 1868, and that thirty-eight—or was it thirty-nine?—holidays had passed.

He remembered his work, and leaving home to be a ship’s witness on cold waters. He recalled life and death at sea: Being swept overboard, the fear, knowledge that he’d never again see his wife or his daughter, the cold.

And this new world? It held wonders that a man from 1907 could only imagine. Boxes of light, flying people, speeding vehicles. Yes, life was certainly faster now.

And, after awhile, so was Jeremiah…

From my description, you might think that “The Curiosity” is a work of science fiction. You might, then, be surprised to know that his page-turner is more of a gentle romance-drama than anything.

And yet, there is a lot of fictional science here, which makes it seem as though what happens in this book really could happen. Without taking a futuristic route with his characters, author Stephen P. Kiernan serves up plenty of believability, including a misogynistic has-been and a Mr. Burns-ish benefactor. That makes this book a perfect read just as it is; I think, in fact, that a hard H.G. Wells treatment would’ve ruined what’s truly a well-done Iceboy-meets-girl.

This obviously isn’t your Grandma’s romance—it’s actually better, and I think you’ll enjoy it. For novel lovers tired of the same old story, “The Curiosity” is something different for a change.