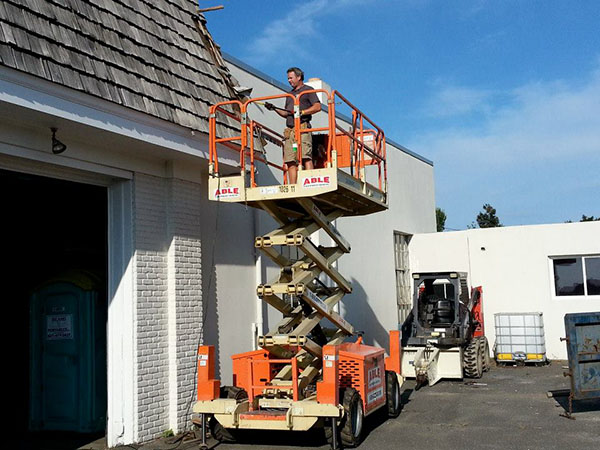 The decripit, ash-colored mansard of 42155 Main Road in Peconic, once enveloping a collection of Ford Motor Company-manufactured automobiles, is gone. A new roof was constructed by the building’s new proprietors, Greenport Harbor Brewing Company, and gradually, additional renovations have transfo—

After announcing an expansion plan in 2011, which included the eventual purchase and renovation of the aforementioned 13,000-square-foot edifice in Peconic, Greenport Harbor’s new brewery is nearly complete.

“We’ve accomplished the installation of the electrical and plumbing systems, built a new roof, and the concrete floors are poured,” says Rich Vandenburgh, co-owner. “We’re getting the new brewhouse in about 60 days.” 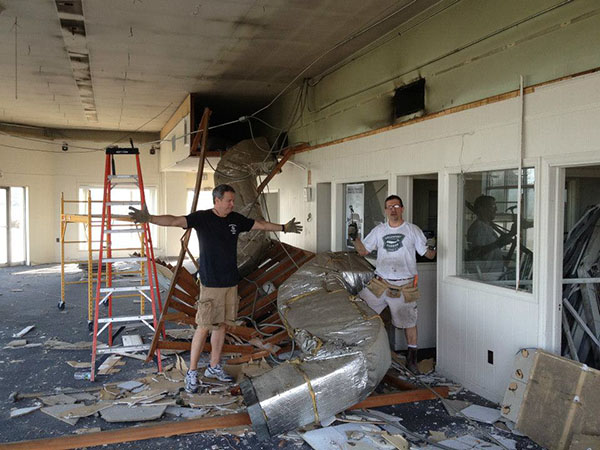 Vandenburgh and John Liegey opened their Greenport-based brewery at 234 Carpenter Street in 2009. They acquired the additional building in Peconic, a former car dealership, to supply their swelling clientele, which now extends to Hudson Valley. The forthcoming expansion will feature a new 30-barrel brewhouse, doubling initial annual production to 6,000 barrels (the equipment’s maximum output, however, is 54,000 barrels), and eventually, a bottling line. 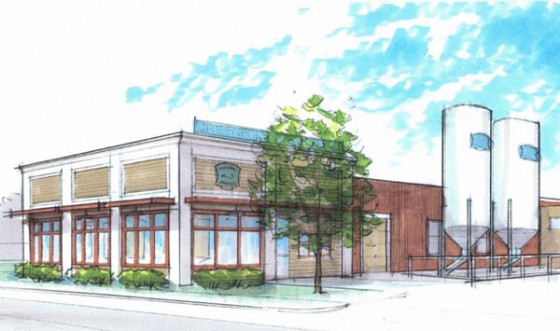 Since the renovation “won’t be completed until sometime at the end of the fall,” says Vandenburgh, the brewery hosted its fourth anniversary party on July 20 in Greenport. The 12-beer event included the debut of #4, a straw-colored ale with Spalt Select and Saaz hops, and Devil’s Plaything IPA, a chile-infused IPA created for New York’s Salvation Taco in June. While Greenport Harbor will continue to beer-make within its original 2,400-square-foot location, an autumn-ish opening in Peconic is critical.

“We’re running out of beer with only our current space,” says Liegey. “We saw this coming about two years ago and started the process, but unfortunately, banks take a little longer with smaller businesses than we had anticipated. Hopefully we can get through the next few months.”