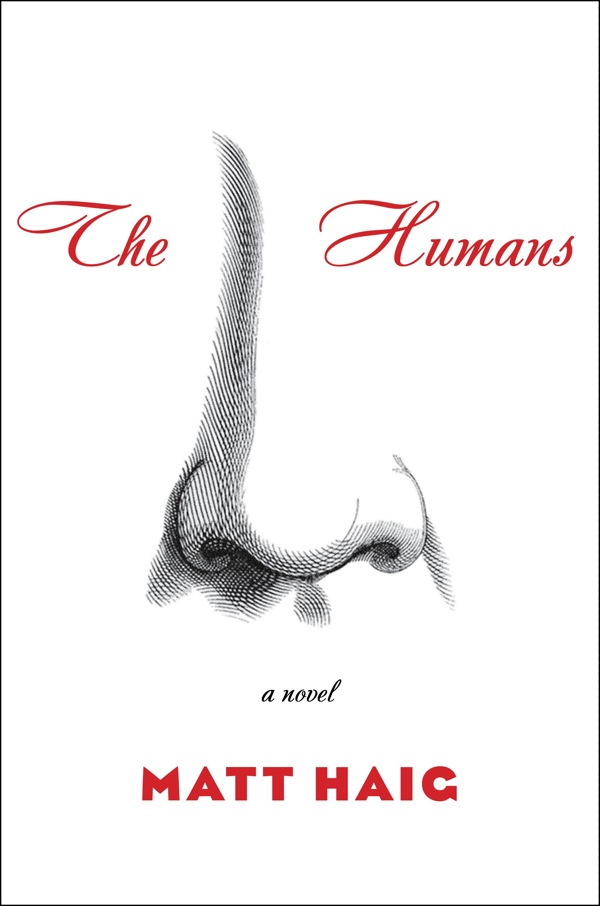 Everybody’s looking at you like that’s what you’ve got, even though you’ve tried to fit in. You’ve done your best to speak their language, sample the local cuisine, wear clothes that don’t scream “tourist!”… but, going by the weird looks you’re getting in this land that’s not home, you might as well be from another planet.

And what if you were? Would getting along be any easier? Find out by reading “The Humans,” the new novel by Matt Haig.

At first, there was nothing.

But then, the visitor wondered about the weather. It was raining. He wasn’t used to weather, and where was the computer? It was cold, inhaling was difficult, and there was this annoying buzz that got louder by the minute.

The buzz was a car heading straight for him and when it hit him, he landed on the side of the road and laid there until a human rushed over. That terrified him—humans were very repulsive things—so he ran, naked.

He knew he was supposed to be Professor Andrew Martin. He knew, because the hosts had taken the real Andrew Martin, removed all memories and thoughts, destroyed what was left, and sent him to this planet in Martin’s place.

Martin was a mathematician and had unlocked a secret that could ruin Earth (though humans were doing a fine job of that themselves), and the visitor was assigned to stop the solution from being revealed by killing everyone that Martin had told.

But first, he had to fit in. Humans were of “middling intelligence and prone to violence, deep sexual embarrassment, bad poetry, and walking around in circles,” which should’ve made things easy. Cosmopolitan magazine taught him a lot and the “news” (which should have been called The War and Money Show) taught him even more. With help from the hosts, he began his tasks so he could go home.

Rudimentary human computers were ridiculously easy to use, and eliminating Martin’s work took less than five minutes. Killing Martin’s colleague—the one who knew about the mathematical solution—took a little longer. But doing away with Andrew Martin’s wife, Isobel, and his son, Gulliver? That was going to be a bit more difficult, especially since Isobel Martin was looking less and less repulsive…

Let’s get this out of the way first: I love, love, loved “The Humans.”

With a keen eye for homo sapien goofiness, spot-on observations on our foibles, and satire you could spread with a knife, author Matt Haig turns over his pen and lets his unnamed visitor write a book (with a dog in it!). There’s cleverness and wit all over each page and some explosive LOL moments, but what I loved best is the way Haig takes note of our many quirky human peccadilloes. After reading this book, in fact, you’ll never people-watch the same again.

If you hate wimpy novels and demand something tack-sharp instead, here’s your next read. Grab “The Humans” and dig in because this book is out of this world.