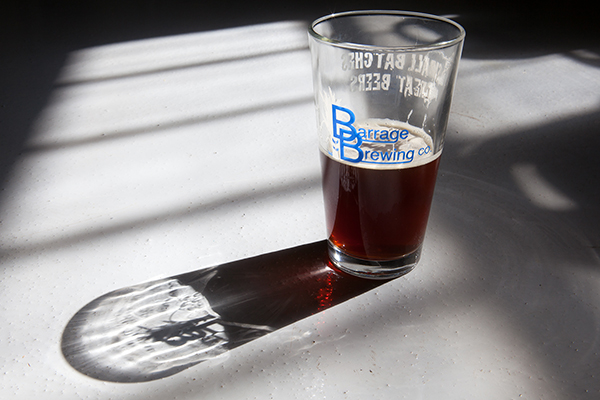 Steve Pominski has launched a project on Kickstarter to fund the opening of Barrage Brewing Company, his forthcoming brewery in East Farmingdale.

A recent visit from Suffolk County Sewer Districts has postponed the launch indefinitely, as Pominski is now required to install two monitoring wells for waste materials. The campaign will fund sewer upgrades and repaving.

“I had to put my pride aside, because I don’t like asking people for money,” says Pominski. “We’ve used loans and our savings to pay for the brewery until now, but I really had no choice.”

This is not the first complication for Pominski, a homebrewer of 20 years and graduate of Chicago, Illinois’ Siebel Institute of Technology. After scrapping his initial plan to open Barrage Brewing Company in Freeport in 2011, Pominski searched “for almost a year to find the right place” before leasing a 1,350-square-foot building in East Farmingdale. He purchased a one-barrel brewhouse and obtained all necessary licenses in 2012, but Hurricane Sandy delayed the gas line installation for six months.

“It’s been one hurdle after another, but I’m not giving up anytime soon,” says Pominski.

Kickstarter has recently helped other beer-related projects on Long Island. Moustache Brewing Company used the crowd-funding platform to secure a building in Riverhead, and Condzella Hops raised money for a German-manufactured hop harvester.