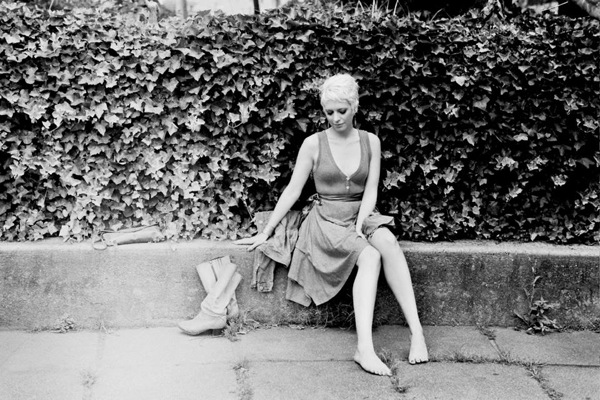 Growing up in Lake Placid, NY, singer/songwriter Julie Kathryn studied classical piano before picking up a guitar at 17. The Cornell grad received a master’s degree in social work from Columbia and became an advocate for homeless people and drug addicts before she decided to pursue her other love: music. “After interviewing clients in the Tombs (New York jail) during the day, I would go out at night and play gigs,” said Kathryn. The empathetic nature of her former vocation greatly influenced her candid songwriting style and she made Music Connection Magazine’s acclaimed “Hot 100 Live Unsigned Artists & Bands” list in 2001.

Kathryn’s soulful, yet sultry, voice gives her Americana songs a noir edge and the first single off her debut full-length of the same title, “Black Trees” (due August 27th) depicts a romantic relationship from its auspicious beginnings to its ultimate end. The album consists of eight originals along with covers of Son Volt, Bob Dylan and Greg Brown. Her pixie haircut and deeply personal lyrics have led critics to describe her as: “Audrey Hepburn meets Joni Mitchell.”

You can experience Americana noir live when Julie performs at the Slipper Room in NYC at 8pm on August 8th. She will be previewing music from “Black Trees” in the reopened Slipper Room, which the Village Voice calls “a glorious reinterpretation of [a] classic mid-19th Century European opera [house].”

She performs the title track from “Black Trees” here.