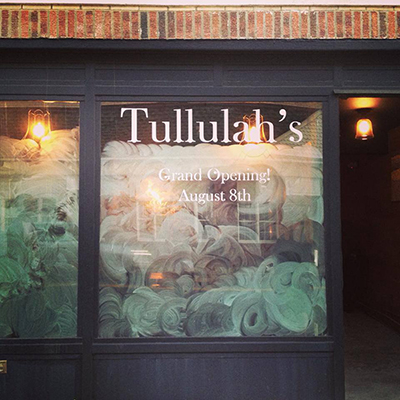 Sean Nolan, general manager, describes the new 15-draft bar as “hand-built with a left of center program of draft wines, cider, and a lot of good beer.” It was constructed with fire-damaged wood from the New York City Police Department’s 90th Precinct in Brooklyn.

“It’s going to start as a few of our favorite things, but we’ll change it over time, depending on what sells,” says Nolan, who previously worked as brewery ambassador for Great South Bay Brewery. “There will always be a line for funky sours and we’ll always pour a kölsch.”