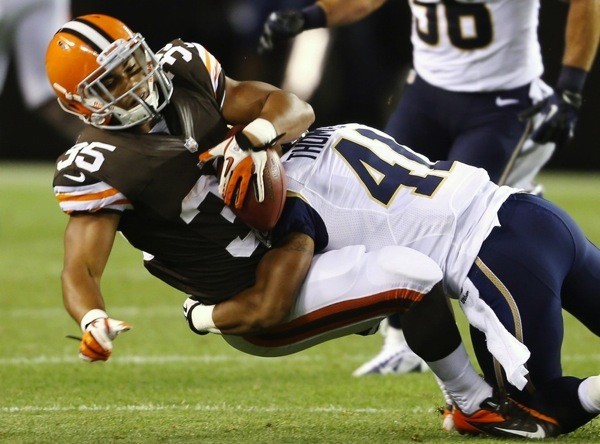 Miguel Maysonet didn’t get drafted by an NFL team and was cut a month into his tenure with the Eagles after being signed as a free agent. Cleveland, however, saw something in the former Hofstra and Stony Brook product.

“I’m a guy from Stony Brook, and some people look down on it because of the competition we played,” Maysonet told Newsday’s Bob Glauber earlier this month. “But I’m here for a reason, because they saw something in me. So I’m excited to show them what I can do.”

One Browns’ blog has him listed as one of the top five under-the-radar players in camp this season. Not a surprise. After a memorable career at Stony Brook where he set every rushing record and was a two-time Big South Conference Player of the Year, everyone in the Long Island area knows what he is capable of. It’s just a matter of showing the folks in Cleveland.

The Browns will travel to Indianapolis on Aug. 24 and Chicago on Aug. 29 for their final two pre-season games.