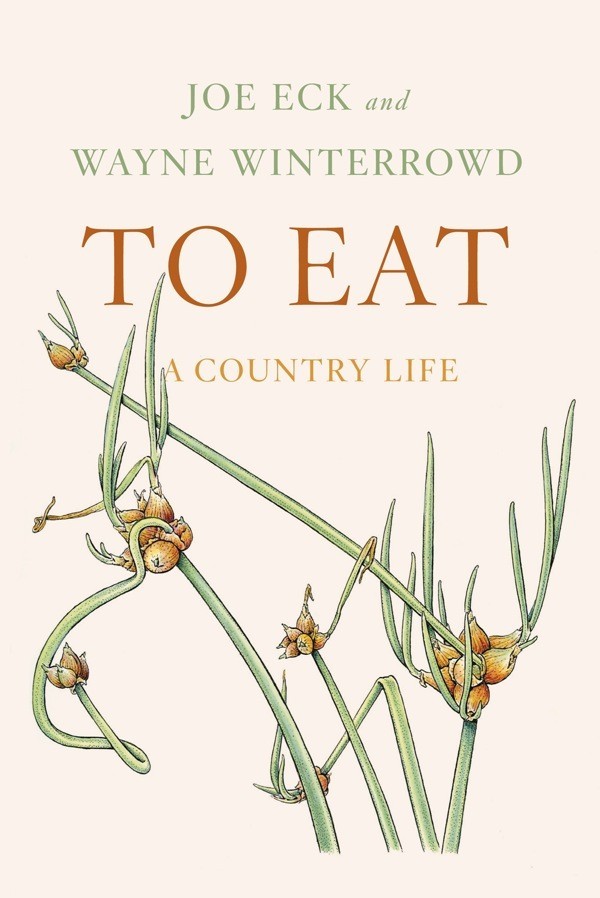 It’s ten minutes to lunchtime and your stomach is smarter than you are.

You want to finish the project in front of you, but your stomach has other ideas. It snarls and aches and reminds you that breakfast was hours ago. At that point, you know you might as well give in, no matter what kind of work is on your plate. You won’t get anything done anyhow.

But where will that next meal come from? In the new book “To Eat” by Joe Eck and Wayne Winterrowd, you’ll read a tribute to gardening and to knowing what’s really on your plate.

In early 1970, Joe Eck and his partner, Wayne Winterrowd, moved from Boston to Pepperell, Massachusetts and into a 211-year-old farmhouse surrounded by wooded land and a vegetable garden. They’d always wanted to be country gentlemen, and they “could not have been more lucky than to start in that house.”

“Eating,” they say, “has always been central.”

After a “glorious year” in Copenhagen (where chickens happily scrabbled on parquet floors and gardening was sorely missed), the men moved on to Boston, and a Victory Garden near the Fenway. In 1974, they moved onto twenty-eight acres of weeds and woods in South Vermont. They named their estate North Hill, and set about making gardens, arbors, and meals.

They planted four different kinds of apple trees, each “near sticks” when put in the ground. Those trees yield snacks and—ultimately—pies and sauce. Their spinach crop is good, but not as good as they had in Pepperell; then again, spinach is tricky. Beets were used for salads and sides; carrots were found wild and cultivated; roadside “weeds” became delicious meals; and while they once grew unusual kinds of potatoes, they gladly saw their favorites become national staples. They raised pigs (“Showering with a pig is not a common experience”), beef, and chickens; and delighted in Brussels sprouts in winter, rhubarb in spring, lettuce all summer long, and onions in the fall.

“No matter how excellent… the produce of your best local supermarket may be,” they say, “there is something deeply rewarding to growing your own food…”

Partly a love letter to the earth, and partly a paean to good eating, “To Eat” is one of those delicious little books that, like a great meal, you’ll want to savor.

With the circumspection of veteran gardeners, New England authors Joe Eck and the late Wayne Winterrowd share their observations about growing plants, livestock, and together. I took great delight in their quietly humorous stories of being gentlemen farmers; if you’re a gardener, you’ll find solid tips in each quick-to-read chapter and if you’re a gourmand, you’ll drool at the recipes here, too.

At just under two hundred pages, this book will last you through two or three quick lunches or meal-preps, and it may give you some new ideas. So grab “To Eat” and take a bite.