Play back to school with this bookish list of groups and artists boasting great songwriting. 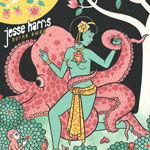 
Jesse Harris made a name for himself working with Norah Jones during her initial breakout success. He has been releasing solo albums since 1995, but his newest is the best to date. This tour-de-force album is ambitious and confident, using sparse, throwback production techniques to spotlight his sweet voice and extraordinary songs. Harris does it all: Singing, playing all the instruments and writing all the songs. Some of the music is reminiscent of the acoustic music The Beatles recorded on The White Album in its simplicity, timelessness and beauty. 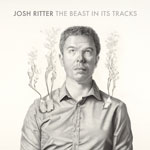 Josh Ritter
The Beast In Its Tracks
(Pytheas)


Josh Ritter is another artist whose talents as a singer-songwriter seem to overflow. To quench his insatiable urge to write songs, he is constantly releasing material; this latest is the chilling account of Ritter’s divorce after only 18 months of marriage. There are many tracks where the songs are quite accessible and in a better world would be hits, particularly “Hopeful.” Ritter also has a penchant for piling on the lyrics in a near stream of consciousness like a bulldozer plowing over heartbreak. 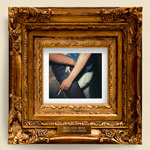 
Iron and Wine, the brainchild of Sam Beam, has reached a staggering critical mass of adulation with this latest release—last encountered by Arcade Fire when it released its Grammy-winning The Suburbs in 2010. Iron and Wine’s windswept, sepia-toned songs veer between a countrified acoustic sound and subtle, jagged, rhythms. And Beam’s growling sweet vocals are at the center of the emotional storm. It’s hard to say just how popular the group will become, but with each album they get better with age. 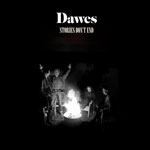 
Dawes’ second album, 2011’s Nothing Is Wrong, was its breakout release. In making this new album, the group seems to have been mindful of just how far into the mainstream it went. Some of the tracks that lead off the new work, particularly “From a Window Seat,” seem a little antiseptic and don’t display the easygoing, organic sound of the group’s previously released music. Thankfully, the album improves and Dawes continues to display a Jackson Browne-inspired sound while making a name for itself as one of the better American bands on the scene today. 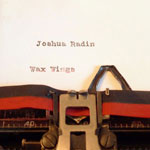 
Joshua Radin is probably known mostly for his tunes that have appeared in movies and TV shows. His songs are very straightforward, the music is very inviting and he sings in an intimate, whispery style that’s joyful and free. This is Radin’s first self-titled release and given how accessible the album is, it’s strange a major label didn’t snap it up. “When We’re Together” in particular has charm and an unforgettable sing-song chorus.