Shot on Location at Nassau Flyers
All aircraft courtesy Nassau Flyers. Flying lessons, rentals, aviation services and sales (of these aircraft and others) all housed at their Farmingdale Airport hangar. 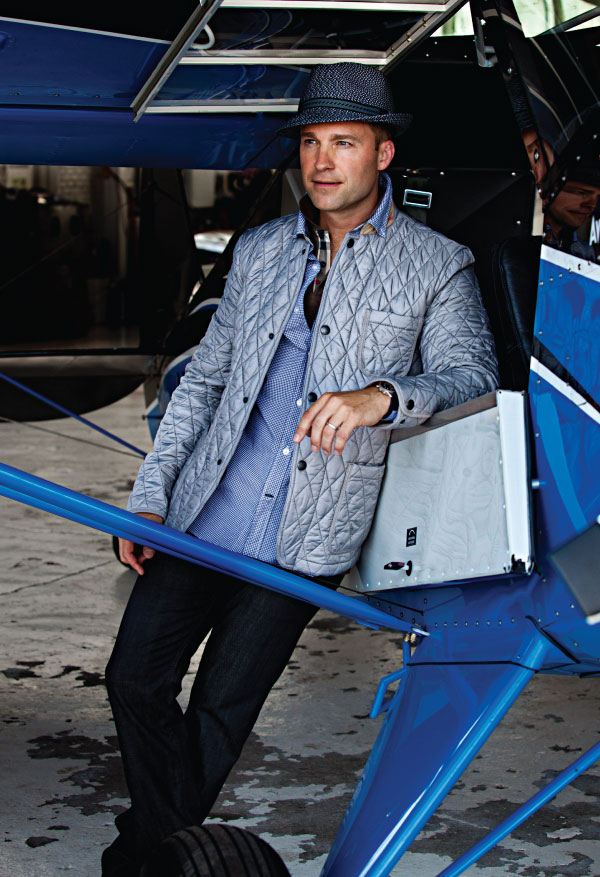 Rob Basso
Entrepreneur
Basso started Advantage Payroll in 1996 and his career has been a runaway train ever since. He’s branched into the insurance industry, technology, authored a book and become a sought-after media personality appearing on Fox, CNBC and News12 for his business acumen, but he does make time for a little play, too. He might be spotted riding his Ducati motorcycle along the North Fork or taking in a CrossFit class (he’s a self-proclaimed addict), but his biggest guilty pleasure is of the four wheel variety. The car enthusiast owns a vintage ’89 Ferrari 328 GTS, his pride of choice “because of its classic style and unmistakable good looks—and it was Magnum PI’s car, I loved that show.”

Aircraft:
The Aviat Husky A-1-C is a two-place, handcrafted ship that offers tremendous versatility. It is the ideal aircraft to drop into a grass strip the size of a high school football field and spend the afternoon fishing. And its classic sporty looks and modern avionics brings out admirers everywhere it goes. 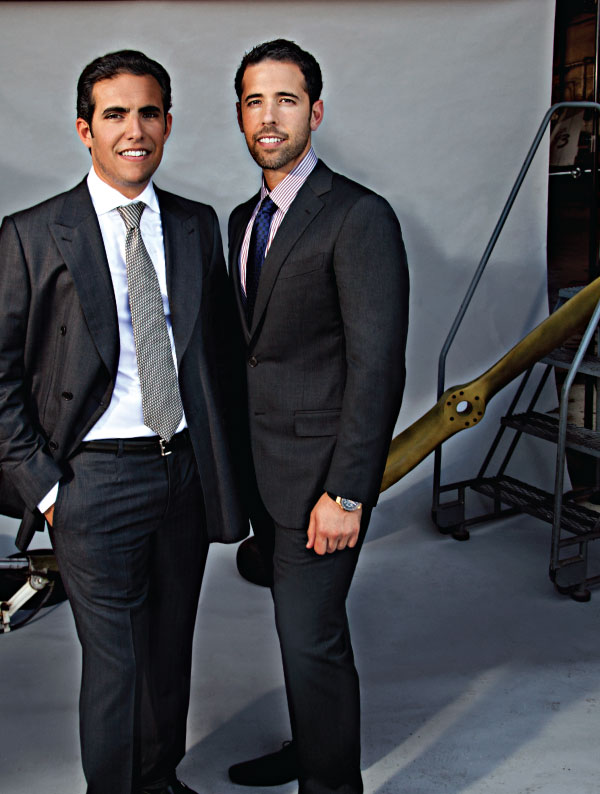 Brad & Matt Gross
Vice Presidents,
H.L. Gross & Bro.
Taking the helm at this Garden City jeweler is the fifth generation of Gross brothers. Besides spending every day working together, they enjoy skiing out west (Vail), going to the beach and hanging with their tight-knit clan. Brad, the elder, credits the family philosophy as the key to their success, “Our father taught us the first thing is reputation. It’s about trust, always doing the right thing for your customer.” Aside from being the largest Tacori dealer on the east coast, the company represents over 15 wedding designers. But this new generation is innovating as well as upholding the family legacy: Matt started their pre-owned watch business and has the largest collection of certified pieces available. Still, the two don’t do everything exactly alike. While Matt is listening to house, hip-hop and even ’80s and ’90s music, Brad is into classic rock and sports radio—a lot of sports radio. 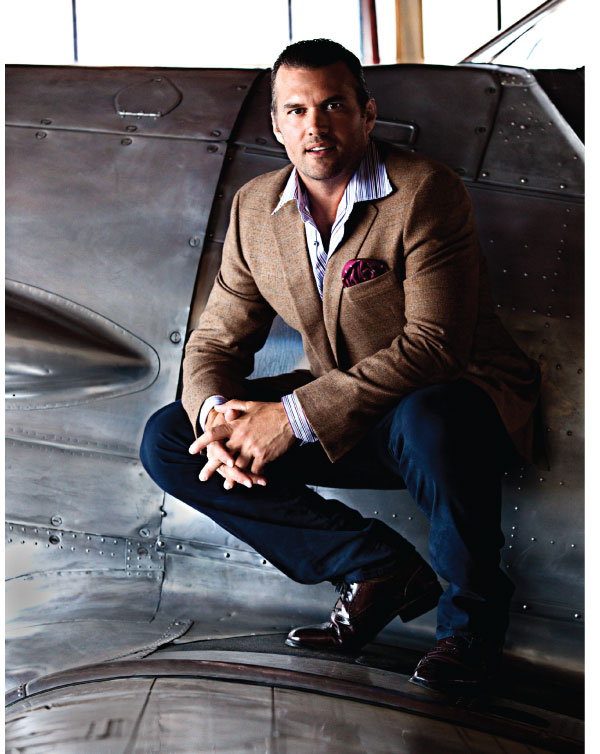 Gary Cucchi
Vice President,
Progressive Marketing Group Inc.
As one of Long Island’s leading “Mad Men,” Gary builds brands for his clients, which is why he can fairly say his job never stops and he is, “a strategic thinker [who] can see things differently.” But staging scenes for commercials comes naturally to the guy who once moved his buddy’s entire bedroom, piece by piece (including electricity), onto his front lawn. Besides playing jokes on his pals and saving their hides (from jail, women and other nefarious activities), Gary is a sports enthusiast, amateur chef and guy next door. “I play, I watch, I root.” He credits growing up in an Italian family for his cooking chops—Gary’s chicken marsala has been known to melt hearts. And he loves doing it all on Long Island, “It’s the best of everything…interesting people… [and] as a community, no one pulls together better. We just need better traffic patterns.”

Aircraft:
The meaty North American T-6 Texan was known as “the pilot maker” because of its important role in preparing pilots for combat. This 1941 ship is surrounded by 5,000lbs of aluminum and propelled by a 600 horsepower engine. There are fewer than 10 flying on LI, a rarity adding to the unforgettable throwback experience. 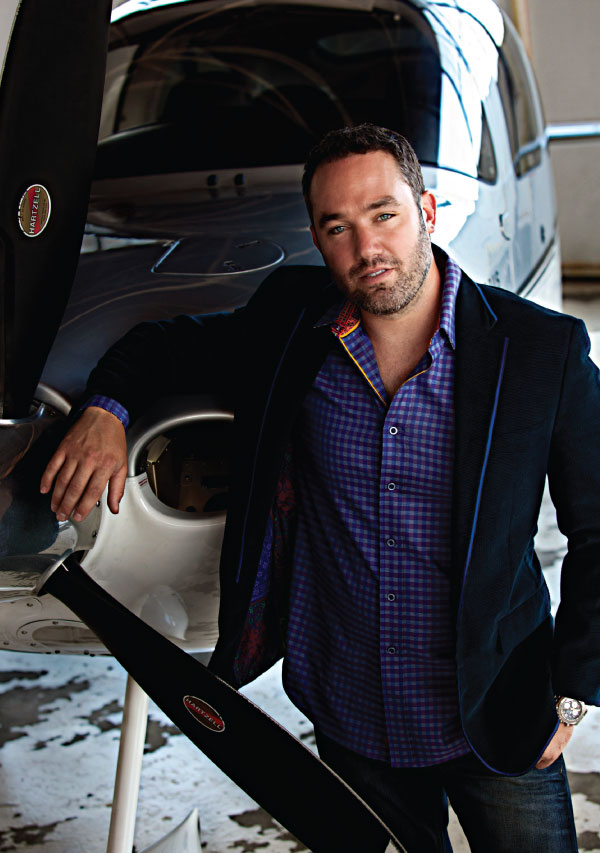 Joe Creamer
Owner,
The Patio at the Freeport Inn and Marina
This Merrick native started early. Career, Phase I: Success in music publishing doing jingles for commercials and tv shows and playing in bands that got some airtime on MTV. Career, Phase II: Taking a forgotten, dive kind of place in 2005 and resurrecting it into a fun, sexy, Mad Men joint to create The Patio, a gastropub-club in the summer that becomes a cozy lounge in the winter. Spare Time: Scuba diving. Where? “Nine miles offshore. The Lizzy D, an old rumrunner sunk during prohibition. You can still dig up old bottles of Johnny Walker… Spearing bass or fluke for the Saturday night special. We listen to country when we scuba, Outlaw Country specifically.” He asserts, “Guns ‘n’ Roses is my band,” but allows that Eddie Van Halen had his chops, “Quality is quality, as long as it’s good, I’m in.”

Aircraft:
The Cirrus SR22 is the ultimate personal transportation machine. While traveling at speeds of 200mph, state-of-the-art avionics and seating for five will get you to your destination quickly and comfortably. Perks: Arrive in Nantucket for lunch in under an hour or travel non-stop to Atlanta for business without ever having to check a bag or face the TSA screeners. 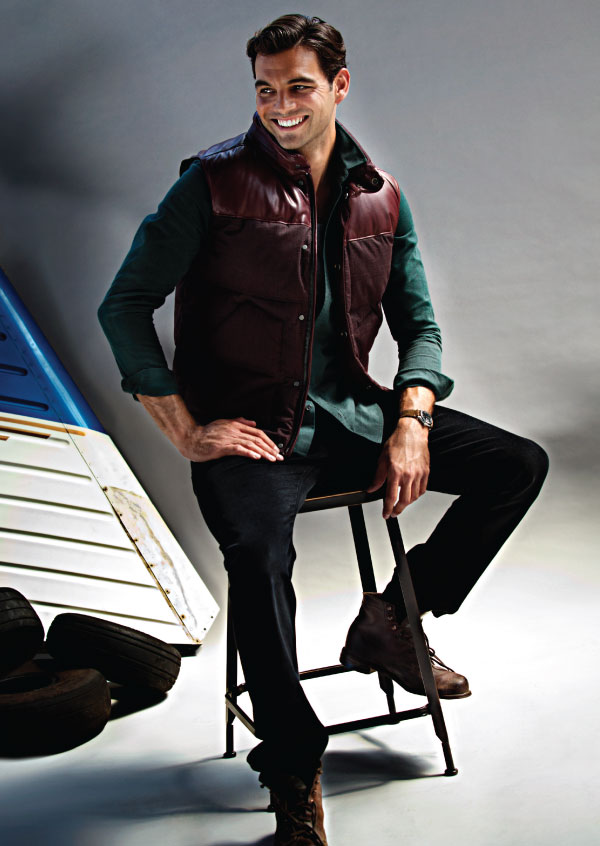 Steven Dubb
Vice President,
Beechwood Organization
Dubb basically started working at the company in first grade. He took a brief hiatus from his father’s organization to pursue a career in real estate finance after college, but came back to Beechwood in 2008. Currently, Steven oversees six projects on Long Island—communities composed of single and multifamily units. Their latest, Bishops Pond in Southampton, is focused on 45+ year-old clients looking for a second home and additional Hamptons communities are on the horizon. Although the near future is focused on this region, he’s got his sights set on expanding the company beyond Long Island. In his spare time he surfs and works on figurative drawings (charcoal is his main medium). In between it all, he helps his fiancée plan their wedding.