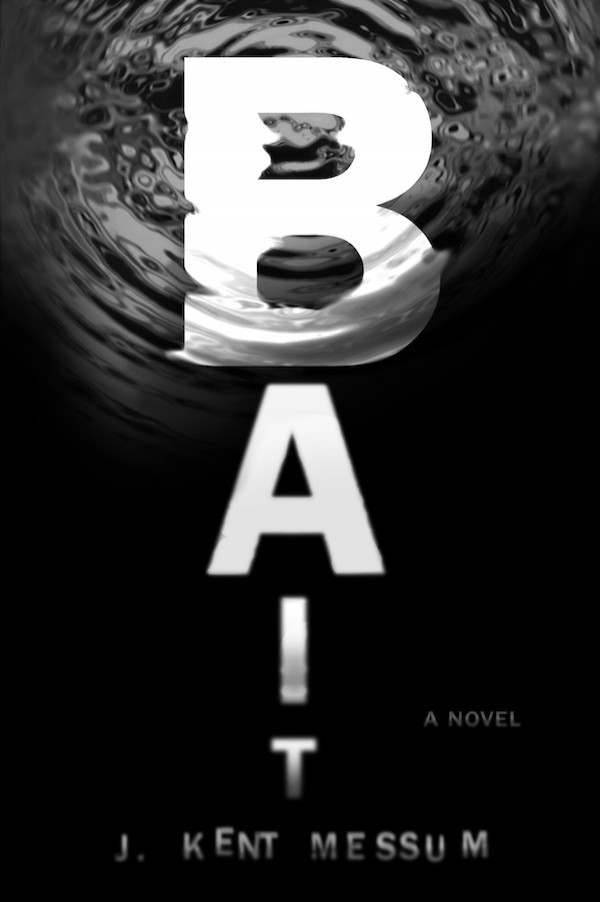 You can’t quite reach.

And that’s frustrating. What you want is just beyond your fingers. You can see it, but you can’t make your arm longer or stretch your hands. You want something—and it’s just out of reach, which makes you growl. It makes you grab a chair, stool, step, or a taller person with a longer grip.

Or, as you’ll see in the new book “Bait” by J. Kent Messum, you may need to reach for shark repellant.

Nash Lemont was having the best trip of his life.

He could feel the sun on his face, the sand under his back. He could smell salt water and hear lap-lap-lap of the ocean. It was so real. That last hit of heroin he had must’ve been some good stuff.

But as Nash struggled awake, he realized that what he was feeling was no mere heroin trip. No, he was actually on a beach, along with five other people: A huge black man, a Hispanic chica, some skinny kid, a man with dreadlocks, and girl who might’ve been pretty if she didn’t have arms full of tracks.

Junkies, every one of ‘em, it was obvious.

But where they were and why…that was a good question.

Nash wasn’t even sure how he got to the beach. He remembered a cold-eyed dude staring at him at the grocery store, and two precisely-chiseled men who followed him to a Miami club, but that was all. Once they stopped their petty bickering, his compatriots had similar stories. They all remembered encountering some creep, just before they’d gotten ahold of the best heroin they’d ever had—and then, nothing.

The solution to their bafflement was in a trunk half-buried in sand.

The trunk held sandwiches and water, and a message that directed them to an island to the north. There, they’d find more provisions and a box of that excellent smack.

They only had a short swim to get there.

On a yacht just beyond the beach, Captain Greer peered through binoculars at the junkies on the sand. He and his men used to be the most secret of Secret Ops, and they hated addict scum for a number of reasons. A little game in shark-infested waters was a very nice diversion…

You can’t live without chocolate. You need your morning coffee. Nearly everybody has a secret little craving, which is why I think “Bait” resonates so well.

It also seems that everyone’s fascinated with the ferocity of sharks, a squirm that author J. Kent Messum uses to its blood-and-guts fullest here. Written with a biting wit, sharp characters that are curiously likeable, greed, horror, and a surprising ending, this novel comes from beneath, seizes you in its teeth, and shakes. Really: What more could you want?

If you’re worried about sharks in tornadoes, that’s nothing. Sharks keeping you from something you want…now, there’s a story. If that sounds good to you (and who can resist a shark book?), then “Bait” is a novel you’ll want to reach for.