If you have a few hours of free time and love hockey, you should check out an NHL jersey website by the URL, Icethetics.info. Aside from actual news about NHL uniforms, there is a concepts page where artists and designers send in their own designs of what they think their favorite team’s unis should look like.

There are dozens and dozens of Islanders concepts on the site. From designs that rework the Gorton’s Fisherman into the scheme, to new black and white Brooklyn threads and everything in between, I picked out five interesting concept ideas from Icethetics, some that could actually work on the ice at Barclays in 2015 (and the six games played at the renovated Nassau Coliseum starting that season too, let’s not forget).

Barclays/Nets/Islanders CEO Brett Yormark stated that he wants black and white colors for the Islanders in some fashion in 2015. Islanders owner Charles Wang said nothing too drastic will happen in terms of the logo or color patterns. We’ll see what happens in 2015. 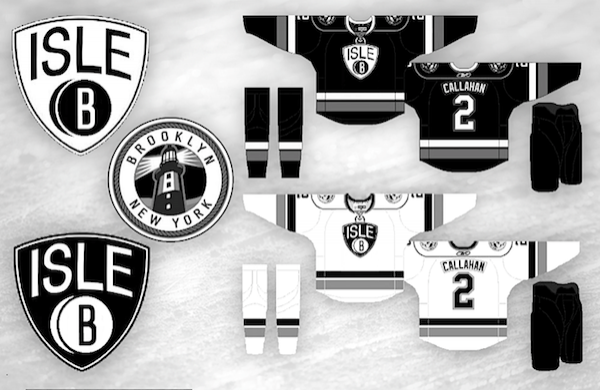 5. Similar to the Nets’ transformation when they moved to Brooklyn, one design is purely black and white and offers a simplistic approach. The only element that reminds you of Long Island is the lighthouse shoulder patch; otherwise it’s a complete change in direction. You may see Yormark or the organization incorporate parts or all of this in the future. 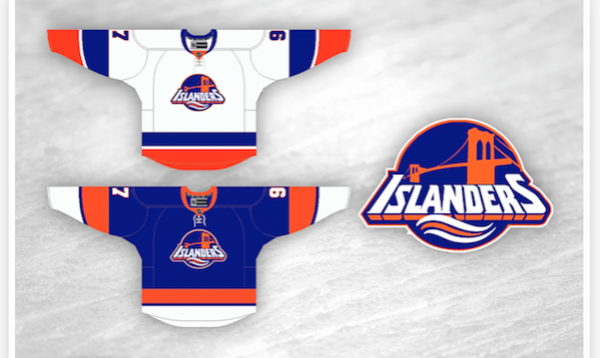 4. This is the most devastating to traditionalists. It keeps the traditional colors, but alters the logo completely to include the Brooklyn Bridge and the old text for “Islanders” similar to how it was on the Gorton’s logo back in the mid-90s. This probably wouldn’t fly very well with fans. 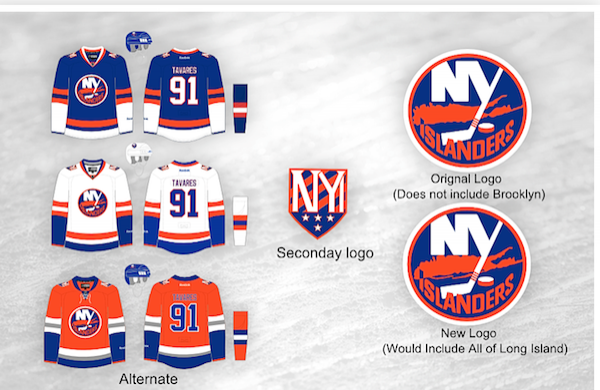 3. The best parts of many of the concept jerseys are the shoulder patches. There is one with “NYI” and stars and stripes that caught my eye. They offer this patch with a set of three jerseys, including an orange alternate, that lend a slightly different variation, but keep the colors the same and the logo in tact. 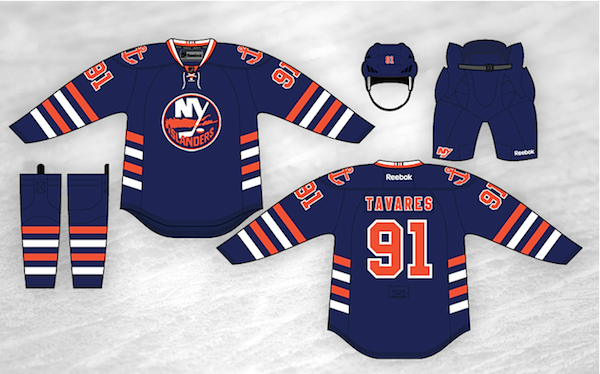 2. One design has a navy blue color as the base and offers orange and white stripes on the sleeves and oblique area. It has a retro feel with the stripes and the navy complexion is certainly something different. It works. 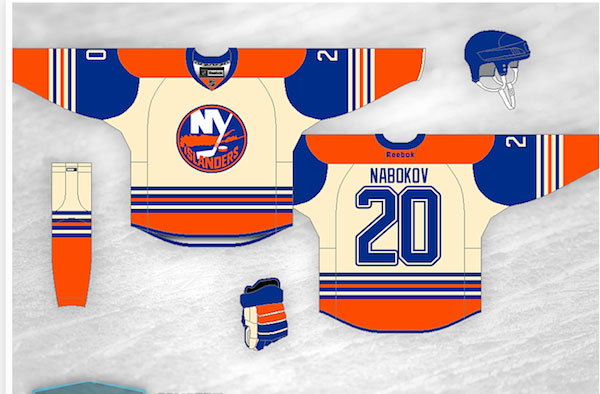 1. Probably the most feasible jersey at this point of all the concept ideas is the one pictured at the top of this story above. It has the traditional orange, blue and white colors and the standard Islanders logo. The cream color of the jersey has a retro feel similar to how the Mets have cream colored home uniforms to accompany their regular white unis. The Islanders could adopt this tomorrow and it would receive positive reviews.